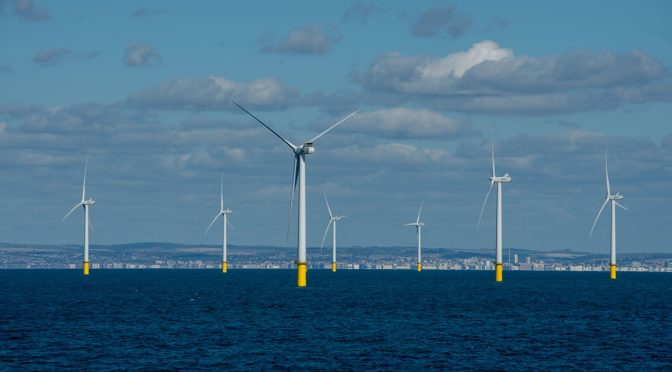 Last year, the Norwegian government announced it will open for applications for licenses for the development of wind power in two areas in the North Sea, namely “Utsira?Nord” and “Sørlige?Nordsjø?II”.?The cooperation will explore the opportunity for bottom-fixed offshore wind at Sørlige Nordsjø II (“SN2”), for which the companies will establish an integrated project team, 50/50 split between Aker Offshore Wind and Statkraft, for joint preparation and submission of an acreage application and further development activities.

“By entering a cooperation with Aker Horizons and Aker Offshore Wind, we are exploring a value-creative opportunity in Norway. We have expertise in the development and operations of wind power and have previously been engaged in offshore wind in the UK. Strong growth, falling technology costs and a changed competitor landscape indicates that offshore wind will take a larger role in the European energy transition; therefore, we see the cooperation with Aker as an opportunity for substantial value creation and accelerate Europe’s green transition,” says Statkraft Chief Executive Officer Christian Rynning-Tønnesen.

“Statkraft has been making clean energy possible for over a century. A partnership that couples Europe’s largest renewable energy producer with Aker’s 180-year track record and industrial expertise, especially on the NCS, has the potential to redefine Norway as an energy nation. Norway’s leading offshore industry, including a strong supplier industry, means we already have the building blocks and capabilities in place to be at the forefront of the energy transition. We look forward to working with Statkraft to develop the offshore wind industry further, reducing emissions and creating new jobs for the future,”?says Øyvind Eriksen, President and Chief Executive Officer of Aker ASA and Chairman of Aker Horizons.?

Aker Horizons is an investment company dedicated to developing companies that solve fundamental challenges to sustainable existence on our planet – or planet-positive investing. The company invests in and develops companies within renewable energy sectors and other technologies that make material contributions to reducing emissions or promote sustainable living. Aker Horizons leverages the significant industrial and financial capabilities of the Aker group to identify and develop portfolio companies.