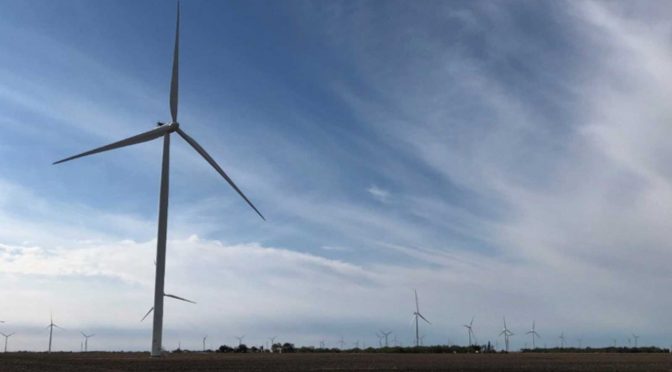 RWE, one of the world’s leading renewable energy companies, has signed an agreement with Greencoat to sell a 24% stake in four RWE onshore wind farms in Texas. This accounts for a total pro-rata installed capacity of 207 megawatts (MW). The agreed purchase price of around USD 160 million corresponds to an enterprise value of around USD 300 million (for the 24% stake), which translates to an implied enterprise value multiple of USD 1.4 million/MW. Three projects are in operation and one under construction. Following the closing of the transaction, RWE will continue to operate all four wind farms. The agreement with Greencoat follows the announcement on 14 December 2020 of RWE to reduce its 100% stake in the four onshore wind farms and to sell a 51% stake to a subsidiary of Algonquin Power & Utilities Corp. The assets will thus be 51% owned by Algonquin, 25% by RWE and 24% by Greencoat. The disposal is part of RWE’s capital rotation program and the proceeds will be used to finance further growth in the renewable energy business.

Greencoat is a UK-based, leading global renewables investment manager with over USD 8 billion of assets under management. The transaction extends the successful relationship between RWE and Greencoat to the U.S. The company holds already shares in RWE UK projects, namely in the offshore wind farms Humber Gateway and Rhyl Flats as well as in the onshore wind farms Little Cheyne Court, Lindhurst and Middlemoor. The agreement with Greencoat demonstrates the attractiveness of RWE’s portfolio in North America.

The U.S. plays a key role in RWE’s strategy to grow its renewables business. RWE constructs, owns and operates some of the highest performing wind, solar and energy storage projects in the U.S. RWE has significant experience in the U.S. with 27 onshore wind farms in operation and further onshore projects under construction. Furthermore, RWE is building the Hickory Park solar project with co-located storage.

The four onshore wind farms for which the parties agreed to enter a partnership are Stella, Cranell as well as East and West Raymond. With a total installed capacity of 861 MW, they are located in the coastal region of south Texas. Stella Wind Farm (201 MW) was commissioned in December 2018 and Cranell Wind Farm (220 MW) in September 2020, followed by East Raymond Wind Farm (200 MW) in December. West Raymond Wind Farm (240 MW) is currently under construction and expected to be commissioned in the first quarter of 2021.

The announcement of this transaction with Greencoat does not change RWE’s financial guidance or its ambitions for investment and growth in the renewable energy business: By the end of 2022, RWE aims to expand its renewables portfolio to more than 13 gigawatts of capacity by investing €5 billion net. Together with partners, the gross investment volume can amount to up to €9 billion. To achieve its growth targets, RWE has an attractive project development pipeline of more than 22 gigawatts, across all of the company’s strategic core regions.

The transaction is expected to close in the first quarter of 2021.