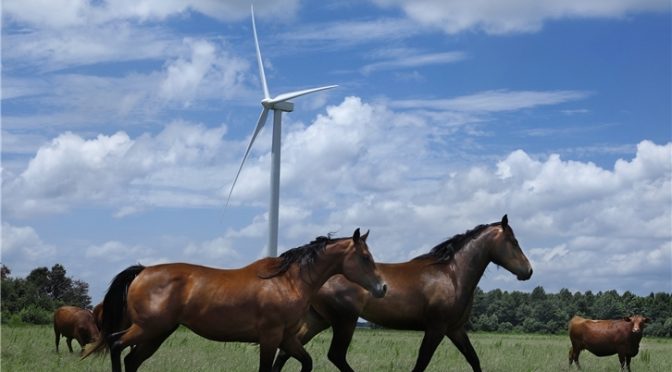 Iberdrola has gained a wealth of experience in Power Purchase Agreements (PPAs) and is currently managing several long-term agreements in markets such as Spain, the UK, the USA, Mexico and Australia linked to onshore wind and solar power projects, adding up to a total capacity of 6,500 megawatts (MW).

The customers signing these contracts include market leaders, such as Amazon, Apple, Facebook and Nike. There are also telephone operators such as Brazil’s Claro, Vodafone and Orange, pharma giants like Bayer in Mexico and Spain, and food and beverage firms such as Heineken and Grupo Modelo.

The group chaired by Ignacio Galán first ventured into the world of long-term renewable energy agreements in the USA, where Iberdrola’s subsidiary AVANGRID is the country’s third largest energy producer. It was over a decade ago when the Group began to develop these agreements, and has now signed PPAs across the Atlantic with major American firms, including Apple, Amazon, Nike and Facebook, providing them with green energy from facilities like Montague Wind and Gala Solar, both located in Oregon.

In the coming years, Iberdrola will continue to lead the North American PPA market. Through AVANGRID, over 2,000 new megawatts of wind power that were under construction in late 2019 have been allocated to purchase schemes under these long-term agreements:

In Spain, Iberdrola has taken pioneering steps in this type of contract, with projects reaching a joint capacity of 1,600 MW for companies from a whole host of sectors: banking, telecommunications, the beer industry, distribution, sports and pharmaceuticals. The latest to sign up was Bayer last November. This marks the first long-term agreement between a power corporation and a pharmaceutical company in Spain to purchase clean electricity.

Iberdrola will be supplying 100% renewable power to cater for all the electricity purchasing needs of nine of Bayer’s facilities in Spain for ten years starting in 2022. The power will be sourced from the Francisco Pizarro photovoltaic plant -currently the biggest solar project in the pipeline in Europe-, which Iberdrola will be building in the Spanish region of Extremadura, having already received the green light for its environmental impact statement (EIS).

After acquiring the Australian firm Infigen, Iberdrola has now entered a market where PPAs have a long-standing tradition. This subsidiary currently has four PPAs for 245 MW.

The same applies to Mexico, where Iberdrola is also making progress in increasing its renewable capacity using the PPA format. As a result, at the end of 2019, 368 MW of solar power had already been allocated to agreements of this type.

In Brazil, the Iberdrola subsidiary Neoenergia, which is listed on the São Paulo stock exchange, has concluded several contracts to sell power from its renewable facilities amounting to a total capacity in excess of 3,500 MW, including regulated agreements and commercial open-market contracts. The latter include a recent agreement with the telephone operator Claro, which from 2022 will be supplied with clean energy from the Group’s first solar power plant in Brazil, Santa Luzia (149 MW). This model will also be applied at the Oitis and Chafariz wind farms and is already in use in Bahía at the Caetité I farm (30 MW) and the Itapebí hydroelectric power plant (462 MW).

In the UK, Iberdrola’s all-green subsidiary ScottishPower is also signing more and more of these agreements. Special mention should be made of the Amazon and Tesco contracts signed in 2019, which will see the company build two wind power facilities with a joint capacity of 80 MW to supply the two firms with clean energy.