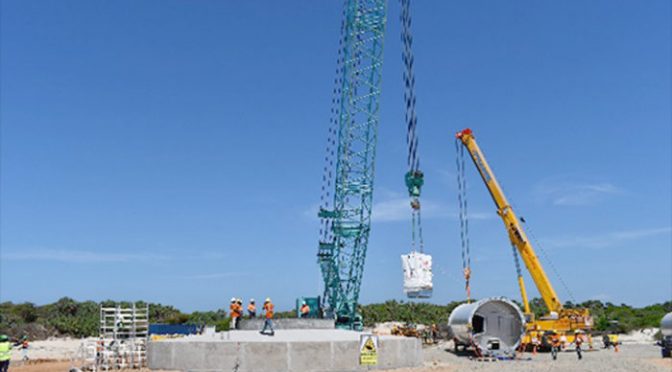 Sri Lanka’s state-run Ceylon Electricity Board has commissioned a 103.5 MegaWatt wind power plant in the North Eastern region of Mannar, which could produce up to 380 million kilowatts of electricity a year.

The plant was declared open on December 08, by Prime Minister Mahinda Rajapaksa.

It is the largest wind farm in the country.

The power plant dubbed ‘Thambapavani’ was built by the Ceylon Electricity Board with a 140 million dollar credit from the Asian Development Bank.

The wind plant which is located on a key Asian bird migration path is equipped with radar that can detect flying flocks and shut down the turbines.

Construction of the plant began in March 2019. The engineering procuerment contract was won by Vestas Asia Pacific AS of Denmark.