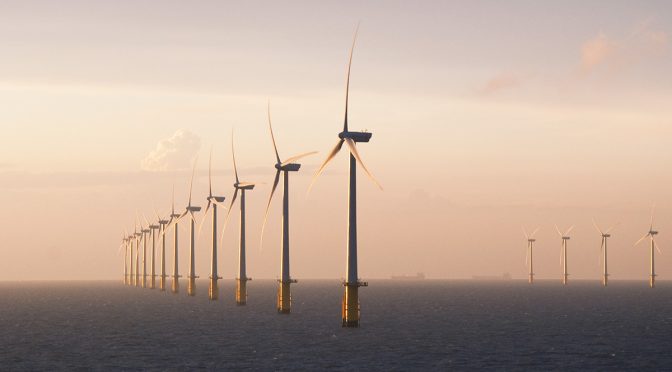 Onshore wind energy currently stands as the second largest renewable energy sources in India – the world’s third-largest producer and fourth-largest consumer of electricity. Aiming to ensure energy security through the country’s Low Carbon Emission Pathways, there is a clear need for renewables to play a bigger role in diversifying its energy mix, not only to limit the effects of global warming, but also to reduce pollution, create new economic opportunities, and achieve Prime Minister Modi’s vision of ‘Atma Nirbhar Bharat’, or a ‘Self-reliant India’.

In line with its Paris Agreement commitments, India is working to ensure that by 2030, 40 per cent of its power generation capacity will come from non-fossil fuel sources. Currently, renewable energy makes up 36 per cent of its power capacity through mainly small and large hydro, onshore wind and solar capacity. However, India’s Central Electricity Authority forecasts that there will be a shortfall of around 47 GW of power capacity between 2022 and 2027 due to India’s rapidly rising energy demand, which they predict to increase at a compound annual growth rate of 6-7 per cent over the next decade. There is therefore a need to dramatically scale up efforts over the next decade to achieve this target, and also a need to look to new clean energy solutions such as offshore wind.

Blessed with around 7,600 km of coastline, the Government of India has set two ambitious offshore wind targets – 5 GW by 2022 and 30 GW by 2030. While India’s full offshore wind potential (see the graph above) has much more to offer. Realising India’s offshore wind potential will not only be crucial in decarbonising the country’s energy system to meet its Paris Agreement commitments, but also an important new driver of local jobs and investment for its coastal regions.

In 2010, discussions around offshore wind began in India when the National Institute of Wind Energy (NIWE) invited leading offshore wind technology suppliers for technical advice. From this point, knowledge building and activities related to offshore wind development and pre-development investigations initiated through two promising projects: FOWIND (2013-18) and FOWPI (2016-19). In parallel to the FOWIND studies, the first national offshore wind policy was announced in 2015, seeking to provide a legal framework for the development of the offshore wind sector in India, which instilled confidence and interest in developers and investors alike.

Through the efforts of FOWIND and FOWPI, the Indian government authorities understood that for economies of scale, Indian offshore sites would require specific foundation technology customisations. Therefore, an outcome of FOWPI was a 1 GW tender which would be targeted to Gujarat, with a further 1 GW added later for Tamil Nadu.

The Expression of Interest (EoI) for the first 1 GW project was floated for the Gulf of Khambhat zone in Gujarat in April 2018, attracting 35 major global and local players which demonstrated a good first step towards the success for offshore wind in India. Guidelines for Offshore Wind Power Assessment Studies and Surveys in 2018 followed by draft offshore wind lease rules in 2019 were released to further encourage private sector participation.

Data regarding geotechnical conditions from the only LiDAR in India’s Gujarat zone, commissioned during November 2017, were analysed during 2018 and 2019. Interestingly, a result of this analysis was that it shifted the attraction away from Gujarat, and into the stronger windy zones of Tamil Nadu State. More studies and analysis will therefore be required to identify bankable offshore wind sites to renew interest from investors and developers.

Last but not least, India has established inter-governmental cooperation and bilateral agreements with European countries for the purpose of developing an offshore wind market and related technical capabilities. One such bilateral agreement signed with Denmark, where the first ever offshore wind farm was installed, in 2019 was reconfirmed with a green strategic partnership in September 2020. Altogether, the Indian government has shown interest and has taken steps to develop an offshore wind market, however these efforts will need to be intensified to deploy offshore wind at the pace needed to meet its decarbonisation targets.

2020 and beyond: Time to accelerate growth

While it is highly unlikely that India will meet its 5 GW offshore wind target by 2022, the 30 GW by 2030 target is feasible if rapid deployment takes place. So far, the first 1 GW offshore wind tender in Gujarat has been delayed and the government has underestimated the resource that would be required to set up a clear, stable tender and permitting process to attract investors to the market.

During the RE-Invest 2020 conference that was held last week, the MNRE Joint Secretary announced that the Indian government is looking into setting up structures for power purchase agreements as well as offshore wind auctions. As the Ministry of New and Renewable Energy (MNRE) continues to investigate a large project tender, the government is currently seeking feasible cost interventions from stakeholders for the first project. Approval of Viability Gap Funding (VGF) of €800 million will be essential to lower costs of this first project, and pave the way for many more projects to come.

Additionally, further offshore wind resource data and analysis will be needed to identify bankable project sites and revive industry appetite for this market which holds such high potential. NIWE’s plans to install five LiDARs would gather precise bankable data that would be critical to the realisation of offshore wind projects. These LiDARs would total 7.4 GW of indicative installable capacity, with two off the Gujarat coast and three off the Tamil Nadu coast. NIWE has also been allocated 75 acres of land, where they plan to establish the first National Offshore Research & Testing Facility 2019-29 in Tamil Nadu.

Ultimately, while it hasn’t been a smooth ride for the offshore wind industry in India so far, GWEC believes that India has a lot to offer when it comes to offshore wind and can become an important market for the industry moving forward. Now is the time to combine the technical preparation work that the Indian government has already done with clear and stable policies to provide long-term visibility and renew investor confidence.

GWEC India, a new local industry platform established by GWEC, is working to bring together relevant stakeholders and share best practices learnt in other emerging offshore wind markets. This will be important to address crucial issues for the offshore wind industry in India such as: articulating clear objectives towards cost reduction; sustained security over off-taker risks; transparent bidding and permitting process; and regular stakeholder engagement.

Through GWEC India and the support of all stakeholders, we can work to tap into India’s massive offshore wind potential to support the rapid decarbonisation of the country’s energy system, power the country’s growing energy demand and help maximise the environmental, socioeconomic and health benefits of offshore wind.