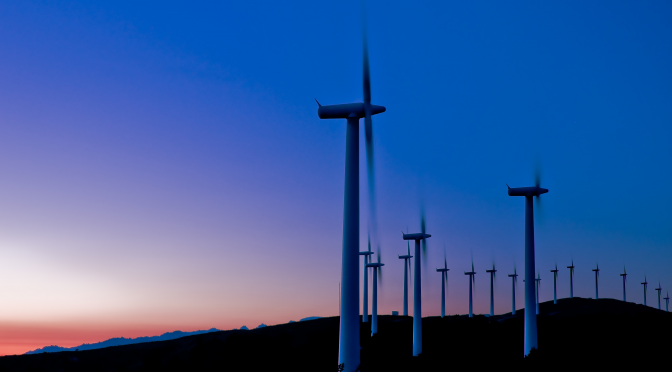 This renewable energy facility, located in the municipalities of Outes and Mazaricos, will have an installed capacity of 35 megawatts (MW) and its development will involve an investment of about 44 million euros.
The 10 wind turbines of this second Capital Energy wind farm in Galicia will be capable of supplying clean energy to more than 42,500 homes and will prevent the emission into the atmosphere of more than 45,600 tons of CO2 per year.
The construction of Maragouto will lead to the creation of more than 80 jobs and will have an annual economic impact on regional and local coffers, as well as through leasing contracts, of around 263,000 euros.
Capital Energy, a Spanish energy company founded in 2002 and whose vocation is to become the first 100% vertically integrated renewable operator on the Iberian Peninsula, continues to take steps to strengthen the development of its clean energy project in Galicia.

The Xunta’s Ministry of Economy has announced that it is submitting to public information the authorization request [1] of its second Galician wind farm: Maragouto. Located in the province of A Coruña, it will have an installed capacity of 35 megawatts (MW) and will involve an investment of almost 44 million euros.

The 10 wind turbines of this renewable Capital Energy facility will be capable of supplying 114,000 megawatt hours (MWh) of clean energy per year, equivalent to the consumption of more than 42,500 Galician homes, and will avoid the annual emission into the atmosphere of more than 45,600 tons of CO2.

The Maragouto wind farm, located in the municipalities of Outes and Mazaricos, will also promote the creation of more than 80 jobs during its construction phase and will have an annual economic impact on the regional (wind canon) and local (IBI and IAE) coffers, as well as through the leasing contracts, of around 263,000 euros. To this recurring amount is added the timely payment of the ICIO, which will amount to 1.62 million euros.

Recently, the Ministry of Economy has also submitted to public information the company’s first wind farm in Galicia: Banzas. Located in Outes, Mazaricos and Negreira, it will have an installed capacity of 31 MW, will be able to supply clean energy to 32,000 homes and will involve an investment of almost 40 million euros.

Both wind farms are a clear example of the company’s commitment to the region, in which it plans to invest some 85 million euros in the short term, which, among other benefits, will lead to the creation of more than 160 jobs during the construction phase. It should also be noted that Capital Energy has an office in the municipality of Ames in which 12 employees already work, some of them neighbors of the three towns where Banzas and Maragouto are to be built: Outes, Mazaricos and Negreira.

Capital Energy currently has 40 renewable energy projects in Galicia, all of them wind power, distributed in the four provinces. They have a combined capacity of more than 1,100 MW and their development will involve a global investment of approximately 780 million euros.

Capital Energy has launched a business plan that foresees the realization of investments of more than 10 billion euros to have some 13 gigawatts (GW) operating in 2025 and develop one of the largest portfolios of projects, mainly wind power but also solar, from Spain and Portugal: 30 GW of power, of which more than 6.5 GW already have the access permits granted.

After the recent launch of its marketer, Capital Energy has completed its strategic objective of being present throughout the entire renewable generation value chain: from promotion, where the company has a consolidated position given its track record of almost 20 years, until construction, production, storage, operation and supply. The objective is to bring the 100% renewable energy that it is already producing in its own facilities to the final consumer.

The company’s growth process is also being reflected in its team, which has grown from 30 people to more than 280 in the last two years, distributed throughout 14 offices in Spain and Portugal. Capital Energy expects to close this year with about 300 employees and reach approximately 450 in 2021.