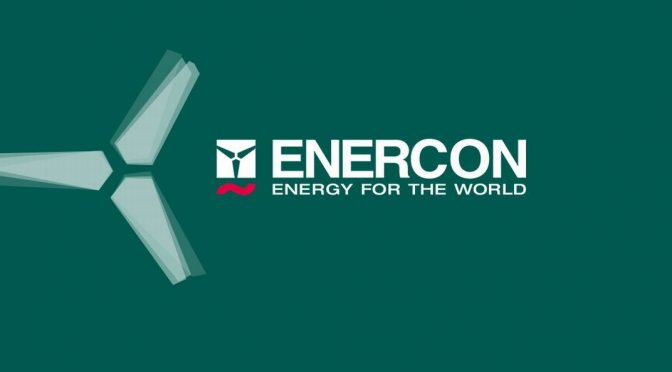 ENERCON is bidding farewell to its long-standing Managing Director and CEO Hans-Dieter Kettwig, who will now enter retirement. On 1 December 2020, Kettwig will hand over leadership of the company to Mr Momme Janssen, currently a member of the ENERCON Management team. The Aloys Wobben Stiftung, sole shareholder of ENERCON, planned this succession arrangement well in advance to ensure a smooth transition that will enable Hans-Dieter Kettwig, born in 1957, to begin his well-deserved retirement at the end of the year.

‘We would like to thank Hans-Dieter Kettwig for the dedication he has shown the company over the decades. In particular we would like to pay tribute to his overall achievement from the past 33 years’, says Heiko Janssen, Chairman of the Trust Board. ‘We really are talking about a lifework that Hans-Dieter Kettwig has built up with ENERCON. He played a significant part in developing ENERCON into a leading industrial company and has also made a lasting contribution to society with his commitment to renewables and onshore wind energy and his persistent stance against climate change. Mr Kettwig will not be leaving ENERCON completely: he will remain connected to the company in an advisory function following his retirement.’

Hans-Dieter Kettwig came to ENERCON at the start of 1988 and was initially responsible for all commercial activities under company founder Dr Aloys Wobben. In 1997, he joined the Management team of ENERCON and other subsidiaries. In the years that followed, this team worked together to develop ENERCON into one of the leading wind energy converter manufacturers worldwide.

‘Due to age-related reasons, it is now time for a change’, explains Heiko Janssen. ‘We are pleased that Momme Janssen is prepared to assume responsibility in the CEO position. In him, we have found the ideal successor to Hans-Dieter Kettwig: Mr Momme Janssen has known the company for years and has proven many a time that he is capable of driving ENERCON forward in challenging situations. Added to this is the fact that he built up an international management profile in his previous employment positions, which is especially beneficial for the company’s planned regionalisation and internationalisation. The trust has complete confidence in him, and we look forward to working together.’

Momme Janssen was born in 1973 and grew up in Wilhelmshaven. In his role to date as a member of the ENERCON Management team, he has been responsible for the HR, Communication & Marketing and IT departments. Most recently, he has also managed the designing and structuring of the turnaround programme, and has been driving forward ENERCON’s integration. Following the first years of his career as a lawyer, Mr Janssen went on to work as an in-house lawyer and association director for an employers’ association. After this, he changed to an industrial setting and worked in various international management positions for the Airbus Group, both at the headquarters and at operating sites. Momme Janssen graduated from his studies with a law degree with distinction before going on to complete an Executive Master in International Management.

‘I am very much looking forward to taking on this new function and would like to thank the Aloys Wobben Stiftung for the trust it has placed in me’, says Momme Janssen. ‘I have accompanied diverse projects at ENERCON over the past few years and have got to know lots of different colleagues from various roles in the process. ENERCON is characterised by its roots in the region, its incredible growth and the inventiveness of dedicated and experienced employees. Put together, this has created a truly outstanding culture of collegiality and fast implementation that is unrivalled in the industry. I am looking forward to offering the company even better support in my new role.’

The designated CEO sees the continuation of the turnaround programme, in the crucial phase it is now entering, to be the first focal point of his new role. ‘Together we will make the necessary changes to enable us to enjoy success in the decades to come’, says Momme Janssen. ‘We will tackle the new challenges and include the market developments more in our considerations. We need to establish quicker changes and effectively optimise our processes. We have a lot of hard work ahead of us.’ He is also in agreement with Chairman of the Aloys Wobben Stiftung Board Heiko Janssen on this matter: ‘The important thing now is to implement the direction we have chosen for the turnaround programme consistently and with a steady hand, and make these concepts a reality.’