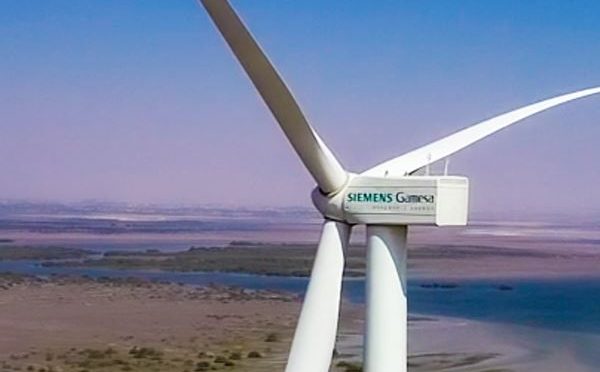 A yawning gap in the supply and demand for electricity has led Pakistan to set an ambitious goal: to generate 30% of its power from modern renewable sources by 2030. Zephyr Power, an Independent Power Producer, embarked on that journey and entrusted its first 50-MW wind project at Gharo to Siemens Gamesa. This debut has set several performance benchmarks and demonstrated that the right technology is key to ensuring wind works in the nascent Pakistani renewable energy market.

The project forms part of the ‘Partnerships with Purpose’ series of articles highlighting inspiring projects that Siemens Gamesa is working on with partners to tackle the climate crisis through the power of relationships, innovation, people and community.

In emerging countries like Pakistan, many people don’t have access to electricity. About 46% of the country’s rural population had no access to electricity in 2018 and the country relies on imported fossil fuels for its energy needs. Thus, the search for a more reliable, environmentally sustainable power supply can help fuel the nation’s economy. Indeed, the country plans to increase the share of modern renewable energy in power generation to 30% by 2030.

Local entrepreneurs Zia and Kumayl Khaleeli had the vision of a clean, sustainable future for Pakistan well before the country’s ambitious target was established. Already ten years ago they started to explore renewable energy sources. Back then, the local government introduced incentives for the development of wind, and in 2017 they set up Zephyr Power as an independent power producer.

Through this newly created company, the Khaleelis won the right to develop a 50-MW wind project in Gharo, near Karachi. This was a complex project and, to ensure it was executed successfully, it was important to rely on experienced players and that’s why they turned to Siemens Gamesa as the technology partner. Solid track-record pioneering new markets The leading OEM had been present in Asia since the 1980s, closely watching the development of the Pakistan market. Soon after the country’s first wind farm became operational, a dedicated team from the company’s Asia Pacific headquarters at Beijing visited Pakistan several times to assess opportunities. The 50-MW Zephyr wind farm in Gharo, near Karach is proof that partnership can work wonders.

The project in Gharo was located near the sea, with strong waves during high tide, potentially washing out a road completely. In addition, temperatures rising to 45?C and humidity of up to 90% had degraded the performance of some other wind projects in Pakistan. Moreover, frequent voltage fluctuations in the grid could trip the wind turbines. All this added to the project’s complexity.

“In addition to constructing an internal road network between the turbines, we supported Zephyr to build a road connecting to a public road eight kilometers away. Construction during low tide meant no washouts, and the construction schedule was met,” notes Abdul Noonari, Operations and Maintenance Manager, Siemens Gamesa in Pakistan. “To resolve potential issues from extreme weather and grid instability, it was crucial to get the products specifications right. Lower power rating meant lesser stress on the ventilation and cooling systems. Special care was also needed to ensure the convertors were stable.” The right technology for the best performance All the groundwork Siemens Gamesa had done in the years before paid off! The team recommended 25 wind turbines from the Siemens Gamesa 2.X platform. With a 93-meter hub height, rotor size of 114 meters and blade at 56 meters, the Siemens Gamesa 2.X became the largest wind turbine in its class in Pakistan.

“Our recommendation factored in everything – the practicalities of availability, capacity, temperature and cost efficiencies,” adds Abdul. “In this class of wind turbines, the Siemens Gamesa 2.X is the most efficient, with greater yield and the best performance.”

Since it became operational in 2019, the Zephyr wind farm has earned a reputation among Pakistan’s wind developers for its outstanding performance on several counts:

“At Zephyr Power, we were confident to opt for the Siemens Gamesa 2.X platform to be the best turbine for our first wind project, thanks to its track record worldwide and its comparable energy production with other turbines available in the market. The Siemens Gamesa team delivered an exemplary project that is running extremely well at 99.5% availability,” said Kumayl Khaleeli, CEO of Zephyr Power Limited.

The customer’s positive feedback has, undoubtedly, contributed to Siemens Gamesa’s later project wins. The company is supporting eight of the 11 new projects announced by Pakistan’s Alternative Energy Development Board, and will install and commission 205 units of Siemens Gamesa 2.X turbines with a total capacity of 410 MW.

When fully operational at the end of 2021, these wind farms will generate enough clean and affordable electricity to cover the annual needs of up to 600,000 households.

To reinforce its commitment to the market, Siemens Gamesa has also increased its presence and team in the country to support project execution and services.

The successful partnership between Siemens Gamesa and Zephyr has proved that wind power not only contributes to reducing CO2 emissions, it can also be a way to bring safe, reliable and affordable power to new corners of the world where other sources cannot reach, boosting economic growth for millions.