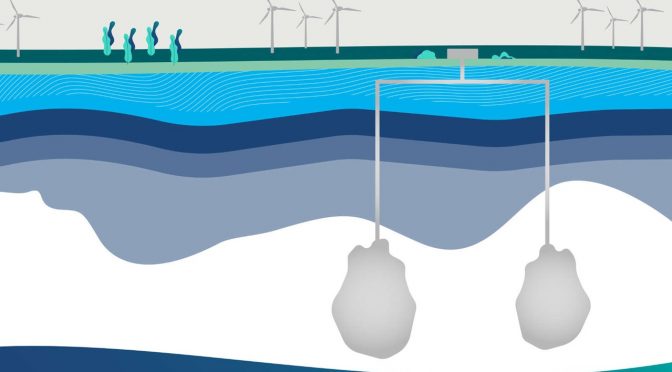 RWE Gas Storage West GmbH and CMBlu Energy AG have initiated a collaborative project to investigate how RWE can utilise the salt caverns currently used for gas storage as large-scale, organic flow batteries. These underground caverns could potentially store capacities of up to several gigawatt hours of electricity from renewable sources. By comparison, Europe’s largest battery at present – based on lithium-ion technology – is located in Jardelund, Schleswig-Holstein, and has a storage capacity of about 50 megawatt hours.

“The future belongs to renewables. In order to make optimal use of green electricity, we need large stationary electricity storage systems. At RWE, we are exploring different storage solutions”, comments Andreas Frohwein, Technical Managing Director of RWE Gas Storage West. “In the future, we may be able to use our salt caverns as batteries for storing enormous quantities of electricity. Using existing technical infrastructure, they could also be connected to the electricity grid quickly.”

Peter Geigle, CEO of CMBlu Energy AG, also perceives major potential: “Organic flow batteries are based on carbon, which is available globally in almost unlimited volumes. The components are easy to recycle, and water is the largest component by volume. That means the battery isn’t flammable, so it’s safe to use. In addition, organic storage systems use no metal, unlike most other batteries.”

Planned installation of a test system by 2024

To be able to use the salt caverns as batteries in the future, RWE and CMBlu are planning to fill them with an organic electrolyte solution, which will then serve as the primary energy source. As a first step, potentially suitable electrolytes have been identified as part of a theoretical feasibility study. In the second stage, between now and the beginning of 2021, their suitability for use in salt caverns will be investigated in the lab.

From the spring of 2021, once a suitable electrolyte has been identified, work will start on constructing and operating a test system. The planned generating capacity of that system is 100 kilowatts, with a storage capacity of up to 1,000 kilowatt hours. This third stage of the project is expected to be concluded by the spring of 2024.