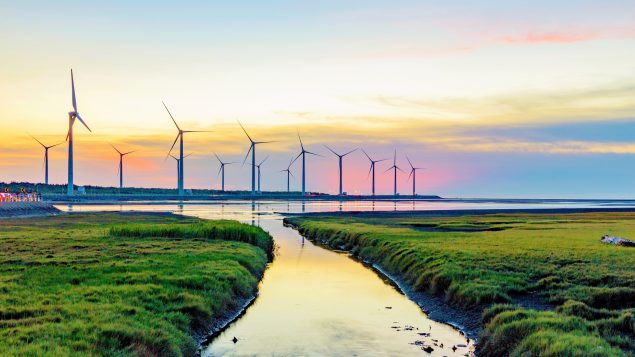 The appearance of the pandemic, announced by the WHO on March 11, caused a massive drop in the demand for fuels in the world. This situation, coupled with the blazing world war on oil prices between Russia and Saudi Arabia, brought the Canadian oil industry to the brink of bankruptcy, hitting the province of Alberta hard.

On March 25, some 265 academics signed a letter asking the Canadian government not to invest state money to bail out the oil and gas industry in response to Covid-19, citing as one of their arguments that it is insane. support this industry, taking into account the enormous environmental debt due to the pollution caused by oil exploitation.

This panorama has forced the energy industry to look for new non-polluting sources.

The Canadian oil sector, already suffering from the consequences of the oil price war between Saudi Arabia and Russia, was hit hard by the pandemic, which has caused serious havoc. (Photo: REUTERS / Jessica Lutz)

Now, experts say the growth of Alberta’s renewable energy sector should continue its upward trend, with an increase in projects that could see the province become Canada’s public-service-scale leader in production capacity. of wind and solar energy by 2025.

This company anticipates that 83% of the combined utility-scale wind and solar capacity to be built in Canada in the next five years will be in Alberta. This does not include the smaller development of renewable energy sources, such as solar energy on the roofs of houses.

With this anticipated growth, Felix Tan, an analyst at Rystad, estimates that by mid-decade the province of Alberta will have the largest combined total utility-scale wind and solar capacity in Canada, surpassing Ontario. “Alberta is catching up,” Tan said in an interview, adding that there has been an increase in capacity in the last two, three, four years in places like Ontario, British Columbia and Quebec.

Based on the data Rystad tracks, Alberta’s current renewable capacity includes 0.1 gigawatts (GW) of solar power and 1.8 GW of wind power. By 2025, this capacity is expected to grow to 1.8 GW from solar and 6.5 GW from wind.

Rystad predicts that Ontario will have around 1.8 GW of solar power and 5.8 GW of wind power in 2025.

Tan said Alberta’s commitment to stop burning coal for electricity by 2030 “opens the door” for wind and solar to play a bigger role.

He also said that the province’s deregulated electricity market creates a favorable environment for solar and wind development.

A wind farm generates electricity near hay bales in Alberta. Experts anticipate that the development of renewable energy in the province will continue to grow. (Photo: Todd Korol / Reuters)

The market allows buying corporations to enter into contracts directly with wind and solar generators. An increasing number of companies wanting to green their operations are expected to look to these renewable energy providers.

Blake Shaffer, a professor in the Department of Economics at the University of Calgary, does not anticipate as much growth as Rystad is projecting, but he agrees with the general direction of that forecast.

“We are going to continue adding renewable energy sources in this province,” said Shaffer, whose work focuses on electricity markets, climate policy and energy transitions.

“Whether or not we outperform Ontario within that time frame, I cannot say definitively at this point. But it will certainly grow. And it is simply because the cost of building renewable energy sources has become so cheap.

Blake Shaffer, a professor in the Department of Economics at the University of Calgary.

Like Tan, Shaffer also sees a benefit in Alberta’s deregulated market structure for electricity, while other provinces have state entities that manage electricity provision in a more orderly and regulated manner.

In this file photo, you can see a solar field located directly adjacent to the Trans-Canadian Highway near Brooks, Alta. Alberta is said to have the best sunlight in the country for solar electricity. (Photo: Kyle Bakx / CBC)

“This is not due to an intrinsic love for renewable energy. It is simply that we have the best resource in terms of what we call the capacity factor. The frequency with which the wind blows here is high, which makes the unit cost low. “

Blake Shaffer, a professor in the Department of Economics at the University of Calgary.

A number of multi-million dollar wind and solar energy projects are planned for Alberta in the coming years.

Edmonton International Airport and Alpin Sun announced this summer that they are working on an agreement to develop an initiative called Airport City Solar, a 254 hectare solar farm on the west side of the airport grounds.

Another massive project also underway is Travers Solarl, which is being carried out in Vulcan County.

This $ 750 million project, led by Calgary’s Greengate Power company, will consist of the installation of 1.5 million solar panels that will generate about 800 million kWh (kilowatt hours) per year, enough energy to to supply more than 100,000 homes.

CEO Dan Balaban said that if things go according to plan, the company expects to begin construction later this year.

“It will be the largest solar project in Canada. And I think there is certainly the potential for more mega renewable energy projects in this country and in this province as time goes on.

Balaban said the energy discussion should not be framed as oil and gas versus renewable energy.

“I think we should develop our oil and gas resources as well as our renewable energy resources,” Balaban said, adding that “we have a phenomenal opportunity in this province if we can all work together.”