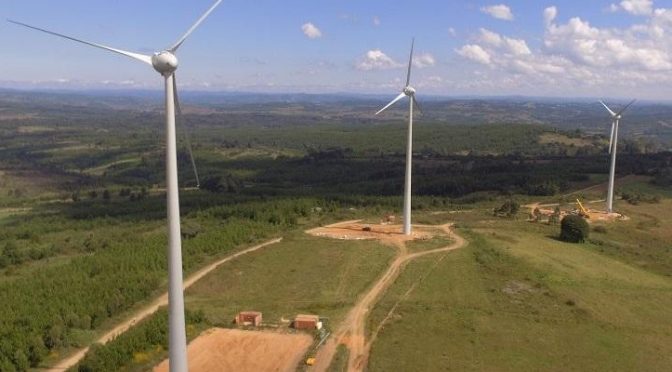 A wind farm is now operational in Tanzania. With a capacity of 2.4 MW, the facility is located in Mwenga, in the Mufindi district. The plant is owned by the privately owned Rift Valley Energy Group. The company started commissioning its wind farm a few days ago after “mandatory pre-commissioning tests at the Mwenga site”.

At the moment, one of the three turbines at the site is in operation. It “is expected to operate initially at a low, pre-set production rate, before being gradually brought up to full capacity over the next few weeks, in accordance with commissioning procedures. The other two turbines are expected to be commissioned in the same manner over the next two weeks,” says the Renewable Energy Performance Platform (REPP), the project’s main financial partner.

In addition to the UK government’s REPP funding platform, the project is also funded by the Trade and Development Bank (TDB Bank), a commercial bank owned by the member states of the Common Market for Eastern and Southern Africa (COMESA). The electricity generated by the new 2.4 MW wind farm will be used to power the network of the Rift Valley Energy Group in the Iringa region.

Stretching over 400 km, the mini-grid supplies 4,500 homes and businesses in 42 villages. Currently, the electricity distributed by this small privately owned grid is generated by a 4 MW hydropower plant. The new three-turbine wind farm should enable the project developer to achieve its goal of expanding its grid to provide electricity to an additional 1,500 people.

According to the Renewable Energy Performance Platform (REPP), the wind farm will also ensure that its expanding rural grid will always have sufficient generating capacity, even during the dry season, when the hydroelectric plant’s generating capacity is significantly reduced due to the seasonal nature of rainfall in the region.