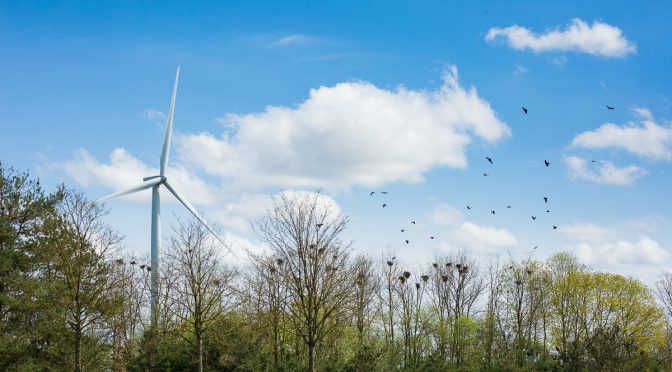 Today the European Commission presented the EU Biodiversity Strategy. The strategy aims to restore the loss of biodiversity and ecosystems and to mitigate negative environmental effects of climate change. It acknowledges the importance of renewable energies in achieving these goals.

The EU biodiversity strategy proposes legally binding EU nature restoration targets and requirements for national biodiversity restoration plans. 30% of the EU’s landmass and 30% of EU’s oceans should be designated as protected areas. At least a third of which – areas of very high biodiversity value – should become strictly protected areas. The strategy further aims to plant 3bn trees in 10 years and to strictly monitor the EU’s last remaining primeval forests. An EU legal framework for the restoration of healthy ecosystems as well as an Action Plan to protect marine ecosystems and conserve fisheries resources are other important elements.

“Transforming Europe’s energy system and developing a sound biodiversity strategy go together. And it’s good that new EU Biodiversity Strategy recognises this. Climate change threatens the existence of eco-systems and the survival of species around the globe. Renewable energies are the best and most important instrument to mitigate climate change. An integrated biodiversity strategy requires an accelerated transition to renewable energies. And wind energy is central to that”, says Giles Dickson, CEO WindEurope.

The EU Green Deal objective of European climate neutrality requires the installation of 1,200 GW of wind energy by 2050 – up to 750 GW onshore wind power and 450 GW offshore wind turbines. In other words: Europe needs to increase its wind energy capacity by a factor of five.

“The new Biodiversity Strategy will extend the number of protected areas in Europe and within them the number of highly protected areas. It’s important this can happen without creating new restrictions on the expansion of wind energy which would risk undermining Europe’s ability to deliver the Green Deal. The Commission needs to continue to allow Member States to deploy wind farms in and around Natura 2000 sites – and give clear guidance on how to apply the Habitats and Birds Directives”, says Giles Dickson.

“It is a myth that wind turbines are a significant danger to European bird populations. Collisions are far lower than for other forms of infrastructure such as buildings or transport. The wind industry works closely with NGOs to mitigate impacts on birdlife – during site selection, permitting and continuous environmental impact assessments”, says Dickson.

In Germany, which has 30,000 wind turbines, the National Bird Protection Report 2019 found that most bird species considered sensitive to wind energy are stable or increasing in population. These include large birds such as white-tailed eagles, eagle owls and black storks and birds living close to the ground, such as lapwings and partridges. The report shows how bird populations are more impacted by the intensification of agriculture and the declining quality of meadows and pastures and reduced food supply for birds – plus tourism impacts.

“The fact that most bird populations considered sensitive to wind energy are increasing, shows that the wind industry is doing a good job on nature conservation and restoration. There are many examples of win-win situations for wind energy and biodiversity. We want more of these”, says Dickson.