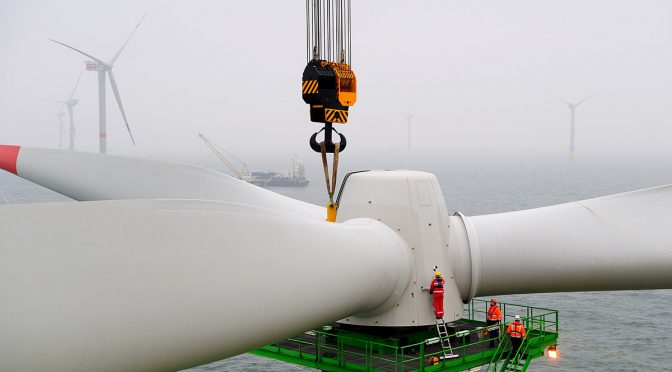 The World Bank has published maps and analysis of the offshore wind energy technical potential for 40 more emerging markets around the world, following its report from October 2019, when eight countries’ potential was estimated to be at 3.1 TW.

According to the latest report, the potential for floating wind power is double that for bottom-fixed offshore wind energy technology.

Namely, the analysis for the 48 emerging markets presented in the maps identifies a total technical potential of 15.6 TW, including 5.5 TW of potential for fixed-bottom wind turbines and 10.1 TW for floating wind.

The analysis only considers regions where an annual average of 100-metre hub-height wind speeds are greater than 7 m/s, for which the World Bank used the wind resource data by ESMAP’s & DTU’s Global Wind Atlas.

Regions suitable for fixed-bottom offshore wind energy technology are those with water depths of less than 50 metres, whereas floating wind potential is determined for water depths from 50 to 1,000 metres. Only regions less than 200 kilometres from shore have been included, and all depths have been derived from General Bathymetric Chart of the Oceans (GEBCO) data, according to the World Bank.

“To date, relatively little research has been undertaken on the potential for offshore wind in emerging markets. Any assessment of this kind must start with an estimate of technical potential, that is, the maximum possible installed capacity with current technology, as determined by wind speed and water depth. Subsequent steps in analyzing a country or region’s offshore wind potential will add further detail to the assessment, including environmental, social, technical and economic constraints”, the World Bank states.

Areas with economic potential are within those having the practical potential where offshore wind could be economically viable.

Finally, the actual deployment potential is a small fraction of the overall technical potential, since the capacity of offshore wind that is eventually built will also depend on the specific market itself.