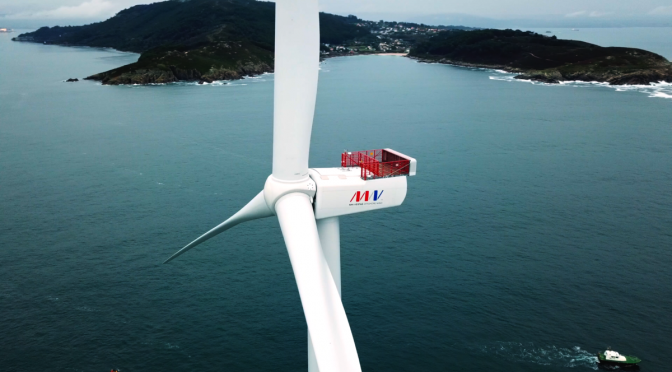 MHI Vestas has appointed Masato Yamada as the Regional Manager Asia Pacific, to oversee the company’s growth across the Asia Pacific region. He was formerly the company’s Chief Strategy Officer based in Aarhus, Denmark, and will now be based in MHI Vestas’ Tokyo office.

Mr. Yamada has been with MHI Vestas since the formation of the joint venture between the two parent companies (Mitsubishi Heavy Industries and Vestas), which he was instrumental in developing.

Across Asia Pacific, MHI Vestas maintains a growing portfolio of projects in which it has been selected to supply offshore wind turbines. Mr. Yamada will guide the company’s continued advancement across the region, notably in Japan, Taiwan and Vietnam.

MHI Vestas Offshore Wind is a joint venture between Vestas Wind Systems A/S (50%) and Mitsubishi Heavy Industries (50%). The company’s focus is to design, manufacture, install and service wind turbines for the offshore wind industry. The company aims to create sustainable value through offshore wind power by driving capital and operating savings and increasing the power output of wind turbines. An innovative force in offshore wind since its inception in 2014, the company is guided by its founding principles of collaboration, trust, technology and commitment. For more information, see www.mhivestasoffshore.com or follow @MHIVestas on Twitter.

After a 27 year career with MHI in the power sector, Mr. Yamada initiated MHI’s pre-joint venture discussions with Vestas, culminating in the foundation of the MHI Vestas Offshore Wind entity. Since foundation, Mr. Yamada has been the Chief Strategy Officer of MHI Vestas, overseeing company strategy, business development and marketing and communications. Mr. Yamada has been integral to the advancement of the company’s strategy for its core European markets, as well as supporting the development of the offshore wind industry in Japan through close collaboration with Japanese authorities.