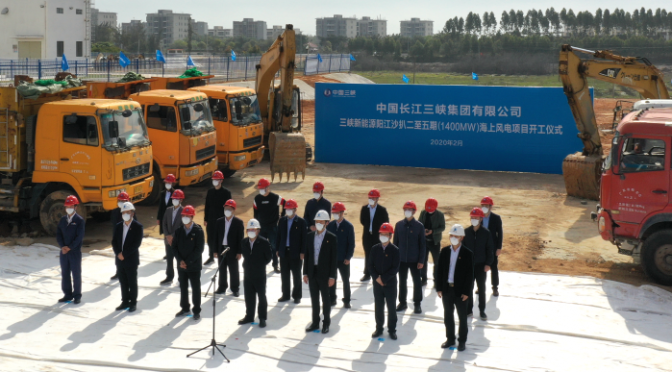 China Three Gorges (CTG) has started construction on what the state-owned utility describes as offshore wind energy ‘’super projects’’ with a combined capacity of 2,200 MW.

In total, the two wind farms will feature 414 wind turbines expected to be commissioned by the end of 2021.

The combined value of the two wind power projects is CNY 42.4 billion (EUR 5.55 billion) and they are expected to produce about 7.2 billion kWh of electricity annually once fully operational.

Around 4,000 jobs are expected to be created during the construction of the two wind farms.

The 1,400 MW Yangjiang Shapa wind energy project is divided into five phases, with the phases two to five now starting simultaneously, CTG said, making this the largest offshore wind farm ever to enter construction in China.

The 300 MW Yangjiang Shapa Phase 1 delivered first power at the end of November 2019.