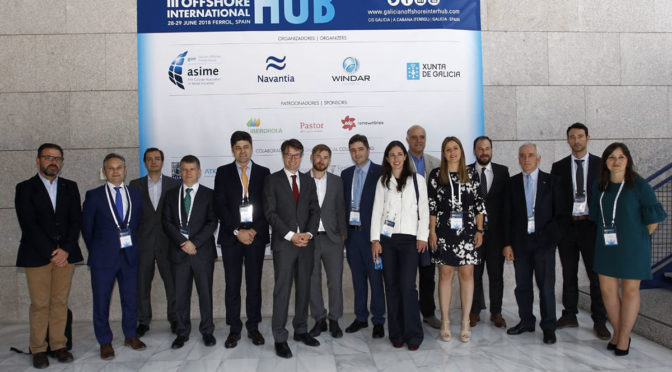 Wind power has the wind in favor in Galicia, which over the past year launched 18 new wind turbines projects with an installed wind farm plants of 415.25 MW, to exceed 3,800 MW in total.
With an investment of 509 million euros, the construction of wind farms gave employment to 2,400 people.

This is indicated by the regional Executive in an advance on a report of wind energy analyzed in the Council chaired by Alberto Núñez Feijóo.

In addition, to these data it must be added that the Community launched in 2019 the largest photovoltaic solar energy project in Galicia with 1.5 MW of power in the ourensano town of Vilardevós, which joins the next start of activity of a 49.9 MW biomass plant in Curtis (A Coruña).

The Galician Government emphasizes once again its commitment to the promotion of renewable energies and with the aim of having an “increasingly green” Galicia is allowing the wind energy sector “to rise again.” Since 2009, they conclude, 42 wind farm projects were launched and added 671.03 MW.