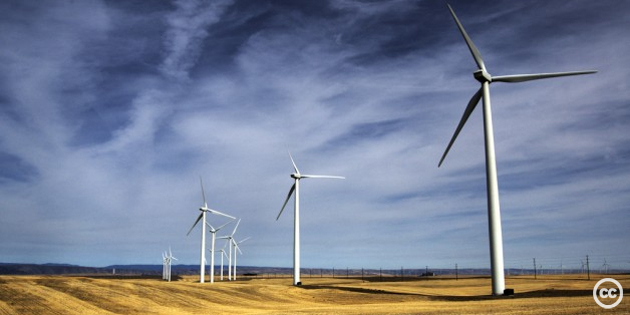 California has been leading the shift to renewables in the US, passing laws to encourage renewable energy production and discourage oil and gas exploration. The state’s efforts to develop its renewable energy sector has paved the way for similar legislature throughout the country, which could go a long way in mitigating the US’s considerable carbon footprint.

GlobalData’s power technology writer Umar Ali says: “In September 2018, Californian governor Jerry Brown signed a bill into law that committed the state to exclusively sourcing energy from renewable sources by 2045, with a target of 60% renewable energy by 2030, becoming the first US state to aim for a carbon-neutral economy.

“In December 2018, California passed a solar power law requiring houses built in the state from 2020 to include rooftop solar panels, becoming the first US state to make it obligatory for solar energy to be installed in single-family and multi-family dwellings, as well as condos and apartment buildings up to three stories.

“For California to reach its lofty renewable energy targets, the government must invest in storage and distribution technologies to allow greater control over the state’s power grid and provide reliable energy to homeowners and businesses.

“The state has already started to invest in energy storage infrastructure to facilitate the introduction of renewable power generation. Los Angeles’ 2019 Green New Deal initiative calls for increasing cumulative energy storage by 18% to as much as 1,524MW by 2021, and prioritises a number of solar and microgrid backup power projects at municipal facilities.

“Another development that could provide a solution to California’s energy storage concerns is the implementation of community choice aggregators (CCAs), allowing customers to directly influence community energy mixes by choosing where and how they buy natural gas and electricity. This could incentivise the expansion of renewable energy facilities, making renewable energy more commercially viable as a result.

“However, the Trump administration’s efforts to invest in offshore oil and gas operations in US coastal towns present a challenge.

“While legislation was passed in 2015 prohibiting offshore oil and gas drilling on the outer continental shelf (OCS) of California, Oregon and Washington, in 2018 the US Bureau of Energy Management published a 2019-2024 oil and gas leasing program along the OCS, including Californian waters.

“Although these expansion proposals have been heavily contested by coastal towns and government officials fearing environmental damage and disruptions to local business, the Trump administration’s keenness to overturn Obama-era legislation, and its interest in facilitating offshore oil and gas exploration to reduce US independence on imports, could put California’s efforts to reduce emissions in jeopardy.”