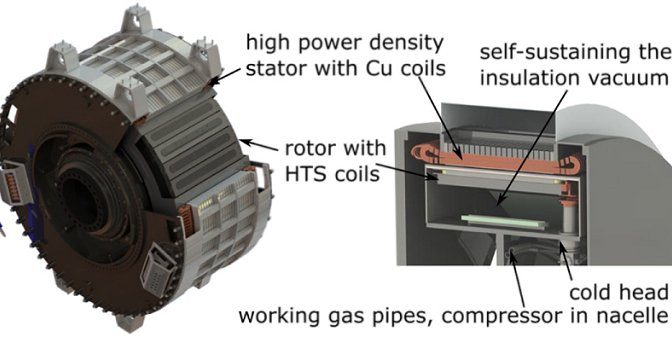 A superconducting wind power generator was successfully tested for the first time on an active, full-scale wind turbine.

The 3.6 megawatt superconducting generator has been designed, developed and manufactured by the European consortium EcoSwing, and field tested in Thyboron, Denmark.

“The size of wind turbines has increased significantly in recent decades. However, current technology has been having trouble keeping up with the trend of increasing energy levels per unit [generator],” commented Anne Bergen of Twente University in the Netherlands. Low.

This option required fewer rare earth materials than permanent magnet wind generators – also built with materials from the same family – resulting in a lower cost. Superconductors can also carry high current densities, which results in denser coils in power and lower weight.
“The generator field test was extremely successful. When the generator was installed at Thyboron, the turbine reached its desired power range, including over 650 hours of grid operation. This shows the compatibility of the superconducting generator technology with all elements of an operating environment such as variable speeds, grid failures, electromagnetic harmonics and vibrations, “said Bergen.

But the advances were not limited to the technical part of the generator.

“Now that the concept has been proven, we expect superconducting generator technology to begin to be widely applied to wind turbines,” added Bergen.
Bibliography: