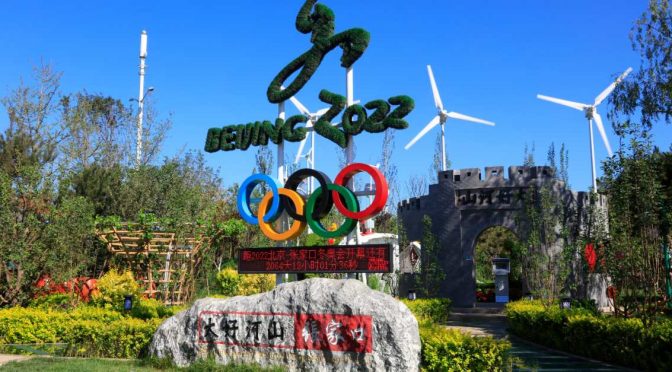 The Chinese city of Zhangjiakou has stepped up its efforts to deploy renewable energy systems, a new report by the International Renewable Energy Agency (IRENA) finds. The Agency’s first ever roadmap 2050 for the city of Zhangjiakou sets an example for Chinese cities to run their energy systems off coal and take advantage of renewable energy. Zhangjiakou, home to 4.4 million people in the Hebei Province, will play an important role in achieving Beijing’s ambition for low-carbon Winter Olympic Games 2022. IRENA’s new report has been launched today at the Great Wall World Renewable Energy Forum in China.

Zhangjiakou benefits from an abundant renewable energy resources, including an estimated technical resource potential of 30 gigawatts (GW) for solar photovoltaics (PV) and 40 GW for wind. In 2017, renewables accounted for 73% of the total installed capacity and around 45% of the total electricity output. IRENA’s report finds that after 2035, the city can achieve renewable shares of over 70% by 2050.

In addition, the study has shown that because Zhangjiakou has undertaken an initiative to upgrade its current industrial sectors, urban energy system planning must be strategically harmonised with industrial sector development to ensure that the new energy demand can be met as much as possible by renewables. This is important for China as it seeks a way to sustainably fuel its continued urbanisation over the next three decades, with an estimated 255 million people set to be added to Chinese cities by 2050. How China chooses today to power its cities will have a far-reaching impact on future energy and environmental sustainability.

As the first of its kind in China, IRENA’s Zhangjiakou Energy Transformation Strategy 2050 will set a new paradigm for many other Chinese cities that are eager to wean their energy systems off coal and to take advantage of the uptake of renewable energy technologies and other enabling technologies. Given the increased nationwide impetus for advancing the energy transformation towards a green, clean and low-carbon energy system for the city, this report contributes to a rising tide of urban strategic energy development planning across China.

This report has been jointly conducted by IRENA, the China National Renewable Energy Center and People’s Government of Zhangjiakou and forms part of the implementation for the workplan for co-operation under the Memorandum of Understanding (MoU) between the People’s Government of Hebei Province of the People’s Republic of China and IRENA signed in March 2018. The report is part of the ‘Energy Solutions for Cities of the Future’ series supported by the International Climate Initiative (IKI).