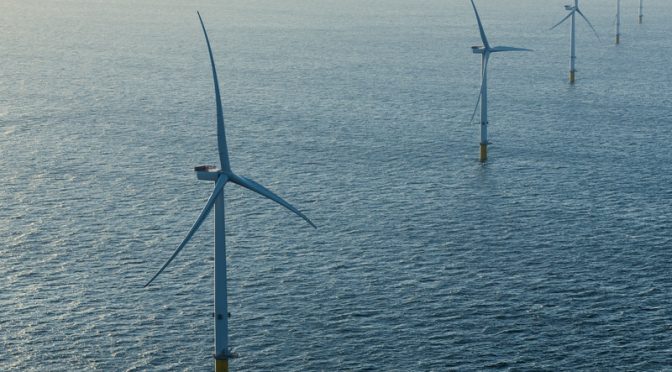 Offshore wind power has the potential to generate more than 420,000 terawatt-hours of electricity each year — more than 18 times global electricity demand today, according to a new report from the International Energy Agency (IEA). The report estimates that based on current policy targets and plummeting technology costs, offshore wind could increase 15-fold by 2040, becoming a $1 trillion industry and eliminating 5 to 7 billion tons of carbon dioxide emissions annually from the power sector.

The global offshore wind industry has grown nearly 30 percent a year since 2010, and 150 new offshore projects are currently in development around the world. Europe — led by the United Kingdom, Germany, and Denmark — has driven this expansion for many years, but China has recently become the world’s leader in developing new offshore capacity. In the coming decades, the United States, India, Korea, Japan, and Canada are also expected to make significant investments in offshore wind.

The industry’s anticipated growth over the next two decades will match capital spending on new natural gas- and coal-fired power capacity globally, the IEA said. The cost of offshore wind is expected to be cut in half in the next five years, dropping to $60 per megawatt-hour — on par with solar and onshore wind and cheaper than new natural gas-fired capacity in Europe. In China, offshore wind will be competitive with new coal capacity around 2030.

“In the past decade, two major areas of technological innovation have been game-changers in the energy system by substantially driving down costs: the shale revolution and the rise of solar PV,” Birol said. “And offshore wind has the potential to join their ranks in terms of steep cost reduction.”