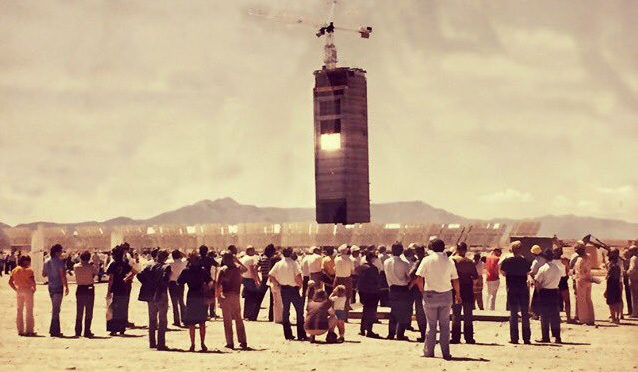 Today, the U.S. Department of Energy announced that the United States will host the world’s biggest conference on concentrating solar power (CSP) in Albuquerque, New Mexico. In October 2020, SolarPACES (Solar Power and Chemical Energy Systems), a program of the International Energy Agency, will bring together researchers from around the world to talk about the latest research developments in Concentrated Solar Power and visit one of the leading solar thermal research sites in the world at the U.S. Department of Energy’s (DOE’s) Sandia National Laboratories.

Located in Albuquerque, N.M., Sandia National Laboratories is home to the world’s first research facility for concentrating solar tower technology, which has been operating for more than 40 years. Most commercial plants being proposed today build off Sandia’s early-stage research and development in molten-salt technology. Attendees will have a chance to visit the site during the conference.

«As we enter the Solar+ Decade, we must continue to invest in research that supports the entire solar industry,» said Abigail Ross Hopper, president and CEO of the Solar Energy Industries Association. «CSP continues to grow around the world and the U.S. solar industry is excited about the business opportunities CSP can provide.»

DOE has announced $200 million in CSP research in the past two years. This research works to solve diverse challenges such as reducing the cost of a CSP power plant, developing new and smaller turbines to generate electricity, and integrating energy storage. Through this research, the United States is investing in improving the affordability, reliability, and performance of solar technologies on the grid. Today there are nearly 2 gigawatts-AC (GWac) of CSP plants in operation in the United States, which is a small percentage of total solar capacity, but represents some of the largest solar plants in the country.