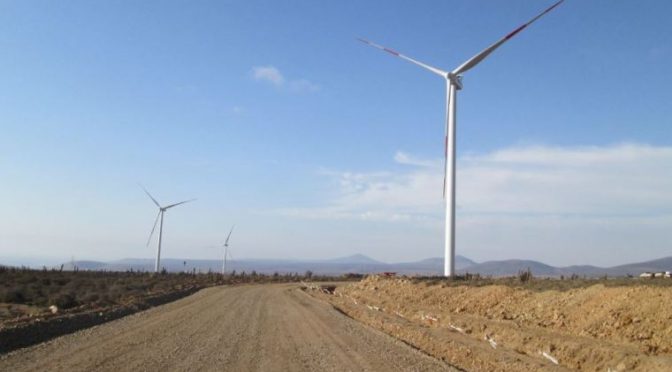 “The total value of the operation amounts to $ 138 million and comprises 100% of the shares that EPM Chile owns in the Parque Eólica Los Cururos SpA and EPM Transmission Chile S.A.”, EPM said in a statement.
Emergency affected transaction

The company said that the decision is part of the measures taken in its “disposal plan” to “meet liquidity requirements” due to the emergency caused at the Ituango hydroelectric plant under construction in the department of Antioquia (northwest).

On May 7, 2018, said work entered into emergency due to a landslide that plugged the tunnel that diverted the waters of the Cauca River, the second most important in the country, which were dammed in a dam under construction.

Faced with the danger that the flow would break the dam, the engineers decided to flood the machine room whose construction was quite advanced and remove the water in a controlled manner.

The situation forced the authorities to evacuate at the time about 113,000 inhabitants of Puerto Valdivia, Puerto Antioquia, Cáceres and Tarazá, located on the banks of Cauca, downstream of the dam.
Generating capacity

Therefore, on July 31, 2018, the EPM board of directors authorized the company to begin the procedures to dispose of its participation in Los Cururos and other companies.

Los Cururos Wind Farm has an installed capacity of 109.6 MW, has 57 wind turbines and is located 330 kilometers north of Santiago de Chile, in the Coquimbo region.

The park began operations on October 10, 2010 after an investment of close to 200 million dollars with the objective of contributing that amount of megawatts to the Central Interconnected System, one of the four energy interconnection systems that exist in Chile.
Presence in Guatemala

The EPM Group is a multinational formed by 46 companies of services of electric energy, natural gas, drinking water, basic sanitation, collection, use and final disposal of garbage, and information and communications technologies.

In Guatemala it has a presence through the Transportista Eléctrica Centroamericana S.A. (Trelec), and the Empresa Eléctrica de Guatemala, Eegsa, S.A., in addition to operating in other Latin American countries.