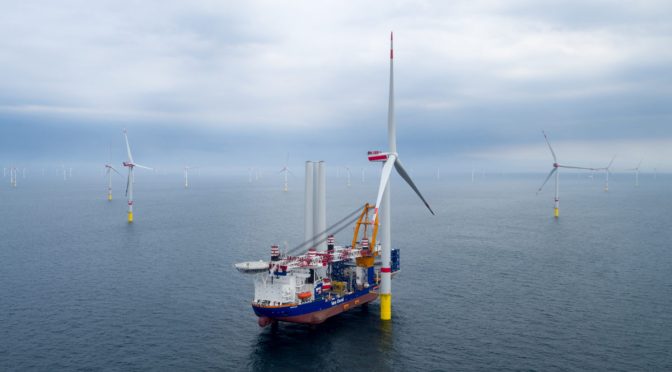 MHI Vestas has installed the 31st wind turbine at Northland Power’s 269 MW Deutsche Bucht Offshore Wind Farm, as the final two wind turbines of a pilot project are scheduled for installation at the site later this year.

“We’re proud to have reached this milestone at Deutsche Bucht,” said Flemming Ougaard, MHI Vestas Chief Operations Officer. “The timely installation of these wind turbines is a testament to the installation team, our partners, and the collective expertise within this industry.”