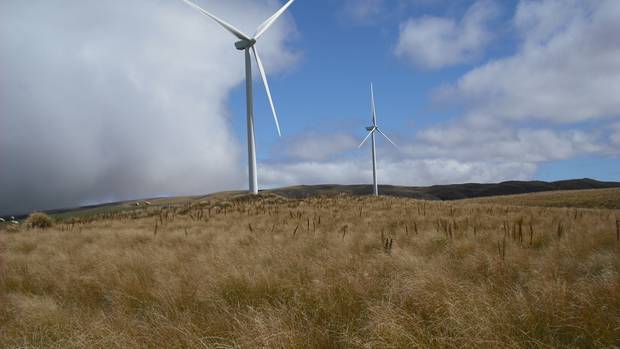 The $300 million construction of a wind farm on coastal land near Waverley could begin as soon as October.

“We have been working busily away, satisfying all of our resource consent obligations,” Tilt Renewables general manager renewable development Clayton Delmarter said.

The wind farm got resource consent in July 2017, and in May this year Genesis Energy agreed to buy all the electricity it produces for 20 years.

It covers 980 ha on four properties between Waverley and P?tea.
Its design is being finalised and priced, and the Tilt Renewables board could agree to the investment within the next few months. After that contracts are signed and construction begins.

Also in preparation the company is working on environmental management plans, cultural heritage surveys and bird management plans. It has agreements with the Conservation Department to ensure the potential impact of the wind farm is more than mitigated by offsets.

It has forged a relationship with Waverley iwi Ng? Rauru, which Delmarter said would be long term.

Most of the site is the former Waipipi ironsand mine. It’s very sandy, and some of the turbines will need piles. A concrete batching plant will be set up onsite.

Construction will take 18 to 20 months, and employ 150 people. Tilt has preferred contractors and work is under way to find others. People can register their interest in the work at www.waverleywindfarm.com.
The construction will include an 11km transmission line carrying 110kV on 14m and 22m poles, skirting around the edge of Waverley town to the Waverley Substation.

The turbines will generate 500 GWh of electricity a year, enough to power 70,000 houses. Having the renewable energy means 270,000 tonnes of carbon dioxide will not be emitted by burning coal or gas.

Once built the wind farm will need three full-time staff to run it. It will be owned and operated by Waverley Wind Farm Ltd, a fully owned subsidiary of Australian electricity generation company Tilt Renewables.

Tilt has set up a community consultative group to liaise between the company and community. It will establish a community fund after construction is finished, Delmarter said.