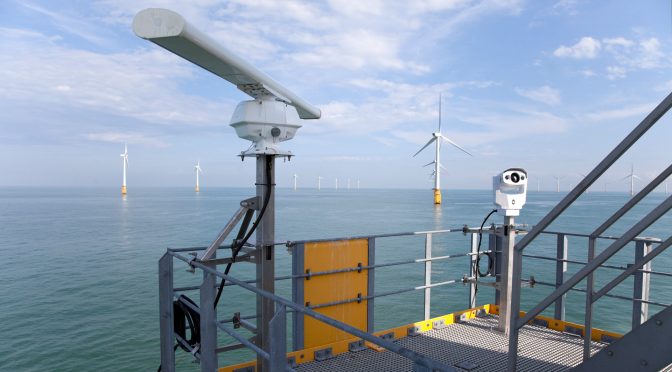 The next phase of ground-breaking environmental research at a wind farm off the Scottish coast has begun after Vattenfall appointed Scottish and Danish specialists to carry out a bird study.

The Edinburgh-based team of RPS Consulting and Danish-based DHI Group will deploy state of the art radar-camera-based digital technology on the European Offshore Wind Deployment Centre (EOWDC) off the coast of Aberdeen in Scotland. It will for the first time monitor the flight patterns and responses of gannet, kittiwake and large gulls flying through and close to the wind farm during the summer breeding season.

Studies have previously focused mainly on the winter period, but as birds behave very differently during winter and breeding, it is important to capture both seasons. There is a key knowledge gap in how birds interact with offshore wind turbines and this was one of the driving factors in selecting this project and technology to detect bird movements with blade sensors, targeted radar studies and thermal detection systems.

The study builds on the research conducted at Thanet Wind Farm in the photo.

The research, believed to be a world-first of its kind, is funded by the EOWDC test and demonstration facility’s 3 million-euro Scientific Research and Monitoring Programme.

Chris Jackson, Senior Environmental Specialist at Vattenfall, says: “Vattenfall encourages and enables research and development to support the continued growth of the offshore wind industry. The EOWDC, with its focus on innovation and research, is the perfect place to do it. The evidence gathered by this research will help decision makers to support the sustainable growth of the offshore wind industry, which is particularly important at a time when the sector is readying itself for rapid expansion.”

The study will focus on collecting evidence on seabird flight height and behavioural responses to offshore wind turbines and the ultimate objective of the study is to inform about and further refine predictive models for collision risk assessment.

Cutting-edge technology will among other things be able to track specific species.

Mike Armitage, Technical Director with RPS Consulting, explains how the technology will work: “The high-performance radar system, communicating digitally with long-range pan tilt cameras installed at the base of the turbine, will collect three-dimensional radar tracks as well as video footage of birds moving through the wind farm. This cutting-edge technology ensures that specific species, flight height as well as their individual and group behaviour can be identified, throughout the wind farm during its operation.”

The study was selected by an expert panel of key stakeholders including RSPB Scotland, the Joint Nature Conservation Committee, Marine Scotland and Scottish Natural Heritage.  By Rahel Jones