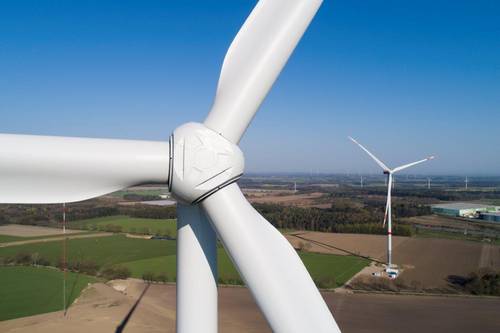 After a good start to the year, this represents another significant boost in order intake in the second quarter. The Nordex Group recorded orders totaling 3,038.4 MW (excluding the service business) in the first six months of the year (H1 2018: 2,097.3 MW).

Second quarter figures were primarily driven by demand from the USA, which at 1,134.9 MW was the most important single market for Nordex. The past quarter also saw the first orders of the new Delta4000 turbine generation for projects in the USA. This turbine series accounted for around 34 percent of total orders in the second quarter.

Patxi Landa, Chief Sales Officer (CSO) of the Nordex Group, commented: “The Delta4000 series is increasingly demonstrating its global appeal. After winning significant orders in Europe, Australia and Latin America for the N149/4.0-4.5 turbine, we have now been able to break into the US market with this model. Overall, our order book at mid-year reflects the Nordex Group’s broad geographical footprint.”

Europe accounted for 37 percent of orders in the first half of 2019, North America for 37 percent as well and Latin America for 21 percent. Australia (“Rest of the World” region) contributed 5 percent. The projects not reported individually are mainly located in Brazil, the USA, Finland, Germany, Turkey and Ireland.