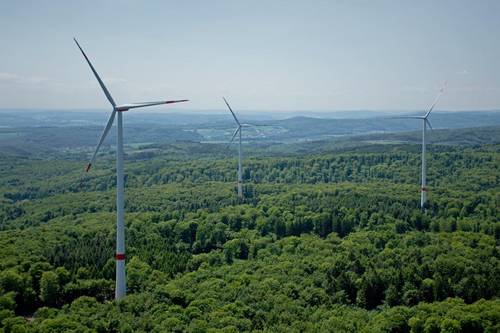 On the occasion of the 4th International Community Wind Symposium, which begins today, the two main organizers, the World Wind Energy Association (WWEA) and the NRW Renewable Energy Association (LEE NRW), are launching a new study entitled “Community wind in the second year of auctions: a lot of shadow, little light” on the state of community wind energy in NRW and Germany. The symposium, which spans two days, will be attended by a total of 100 experts from 20 countries.

Stefan Gsänger, WWEA Secretary General: “The latest data indicates clearly that the German wind sector is now in crisis, after years of strong growth, with just 134 megawatts of new installations in the first quarter of 2019 and with dramatically undersubscribed auctions. In the first two rounds in 2019, only 746 megawatts were awarded, although 1350 megawatts were tendered. In NRW, the expansion has even slumped by 95 percent. That is an alarming situation. “

Jan Dobertin, Managing Director of LEE NRW, explains the reasons: “Two things make life difficult for the community wind investors: the risky auctions and the increasingly restrictive approval procedures.” WWEA and LEE NRW found this out based on a survey amongst community wind experts. The situation is exacerbated by restrictions at the state level as in NRW.

The study shows that the shift in the remuneration system from feed-in tariff to auctions exposes the community wind sector to many existential challenges, as the specific conditions and interests of the community power projects have been given insufficient consideration. “This is a fatal flaw, because community power plays a central role in the acceptance of the energy transition,” says Jan Dobertin.

In order to make the energy transition more efficient and more plannable, including strong community power, the German Government and the state government of North Rhine-Westphalia should address a number of core issues: the political and economic risks for community power must be reduced and support increased.

Stefan Gsänger: “The bureaucratic hurdles should be lowered not only in the wind farm approval process, but also for the direct marketing of electricity from community power plants as well as for sector coupling approaches. Especially considering the recent ruling of the European Court of Justice that the promotion of renewable energy as per the old German feed-in legislation does not constitute state aid, the German government should consider whether a return to a system without auctions would be the most sensible solution. “

Beyond the sale of electricity to the network operators, community power representatives see new prospects, especially in the areas of direct marketing, electromobility, heat supply and the associated sector coupling. Here, too, there are still considerable hurdles that should be removed in order to make the energy transition a success, based on strong and vivid community power.

The full study is currently only in German language available, the English version will follow in early June