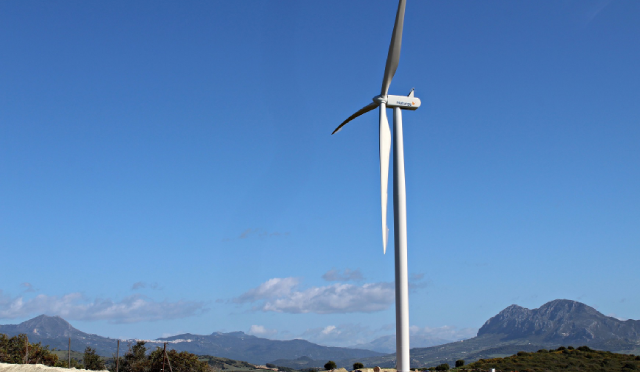 The Puerto del Rosario Wind Farm, in which 39.3 million euros will be invested, will have an installed capacity of more than 29 MW and is included in the new 217 MW wind power auction convened by the Ministry for Ecological Transition.
The wind turbines project joins the eight wind farms that the company has in operation in the archipelago, seven on the island of Gran Canaria and one wind energy plant on the island of Fuerteventura.

Naturgy will build a new renewable facility, the Puerto del Rosario Wind Farm, on the island of Fuerteventura, which will have an installed capacity of 29.2 MW. The company will invest 39.3 million euros in the project that will consist of eight wind turbines of 3.65 MW each. This installation has been included in the new 217 MW wind auction convened by the Ministry of Ecological Transition last December, and in which 184 MW have been awarded. In this way, Naturgy has become the second contractor for assigned power.

Ana Peris, director of generation of Naturgy, has indicated that “the result of this auction is an important success for our company, which has obtained 16% of the total awarded power, the largest wind farm, being ahead of the rest of utilities that operate in the Spanish energy sector. In this way, we demonstrate the commitment with the renewable generation that Naturgy pointed out in its strategic plan 2018-2022 “.

The Puerto del Rosario Wind Farm joins the eight parks that the company currently has in operation in the archipelago, seven on the island of Gran Canaria and one on the island of Fuerteventura, which have a total power of 32.6 MW and in which has been invested almost 50 million euros.

The new project that Naturgy plans to develop will now continue the process of obtaining the remaining authorizations necessary for its construction, with the aim of achieving its implementation before June 30, 2022, limit established by the Ministry in the regulations of the auction .

The subsidiary of renewable energies of the energy company closed the first quarter of 2019 in Spain with an installed capacity in operation of 1,179 MW consolidated, of which 1,012 MW correspond to wind farms, 109 MW to mini-hydroelectric plants and 58 MW to cogeneration and photovoltaic.