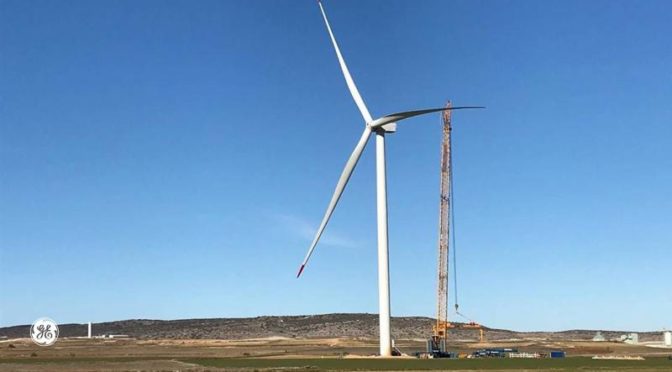 NGIE is strengthening its presence on the renewable energy market in Spain with the launch of Phoenix, a new wind power project developed in cooperation with Mirova and Forestalia. Phoenix aims to develop 10 wind farms in Aragon for a total capacity of 342MW. ENGIE will participate as equity investor and as energy manager selling the electricity produced to the wholesale market and hedging in forward market.

Phoenix follows the launch of the Goya Project in 2018, a previous alliance between ENGIE and Mirova and Forestalia to develop 300 MW of green technology in the same region.

The development of these wind parks will create over 800 jobs during the construction phase and approximately 50 additional permanent positions once the farms are operational. These wind farms, which stand out for their excellent wind source, will generate around 1,000 GWh / year of green energy. The Phoenix wind project was awarded following the Spanish Government’s 3,000 MW renewables ‘auction in May 2017.

Paulo Almirante, ENGIE Executive Vice-President and Group Chief Operating Officer, said: “With Phoenix Project, ENGIE Spain is taking an important step to achieve a clear positioning in key projects and markets, such as the renewable energy sector thanks to innovative management models offering a global and sustainable solution tailored to each client. This initiative, together with GOYA, perfectly illustrates ENGIE’s strategy to invest in sophisticated projects.”

GE Renewable Energy will supply the 91 turbines, with a full maintenance service agreement for 20 years. Moreover, Aldesa, Eiffage and Elecnor will be in charge of carrying out the civil works set to begin immediately. The project is supported by a bridge financing provided by JP Morgan, Santander Corporate & Investment Banking and Sabadell.