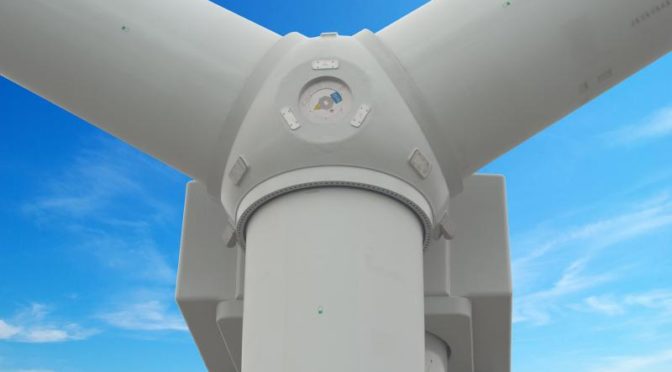 GE Renewable Energy announced today that the prototype for its Cypress platform, the largest onshore wind turbine for GE in the field, has been successfully installed and is fully operational, producing power at a rated level of 5.3 MW in Wieringermeer, Netherlands. Company officials hail the milestone as a key step in commercializing a unit able to both lower the cost of electricity and offer additional flexibility in terms of where wind turbines can be located.

The Cypress 5.3 MW prototype was installed in late 2018 and produced its first kilowatt in February 2019. GE Renewable Energy will continue to operate the prototype during the months to come in order to validate the performance of the Cypress platform. This testing will also support the process of obtaining the Type Certificate, a key step in commercializing the product.

Jérôme Pécresse, CEO of GE Renewable Energy, said, “We’re delighted with the progress our team has been able to make in bringing our innovative, high-tech turbine to market on an accelerated schedule. We are confident that Cypress, with its two-piece blade design, will be a game changer for the industry. We’re hearing equal enthusiasm from our customers across the globe, who tell us they appreciate the potential of Cypress to help them both lower the cost of onshore wind and gain added flexibility in siting wind turbines.” 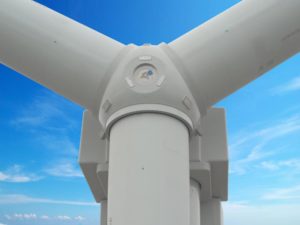 The Cypress platform is offered with multiple ratings and varying hub heights. It will enable a lower cost of electricity by matching each wind turbine solution to specific site needs, which is critical as wind power increasingly competes on price with other sources of power generation.

First announced in September 2017 1, the Cypress platform will be powered by a revolutionary two-piece blade design that makes it possible to use larger rotors and site the turbines in a wider variety of locations. The AEP improvements from the longer rotors help to drive down Levelized Cost of Electricity (LCOE), and the proprietary blade design allows these larger turbines to be installed in locations that were previously inaccessible.

Duncan Berry, CEO of LM Wind Power, said, “The project is truly coming together in a very short and demanding time frame. We have invented a new and effective solution for a blade in two parts, which is borne of the full expertise of LM Wind Power engineers combined with design input from GE Renewable Energy and GE Research. The technology results from decades of blade making knowledge and experience.”