Wind turbines has contributed 19% of the electricity consumed in Spain in 2018. Spain in the second European country in installed wind farm power and fifth worldwide. 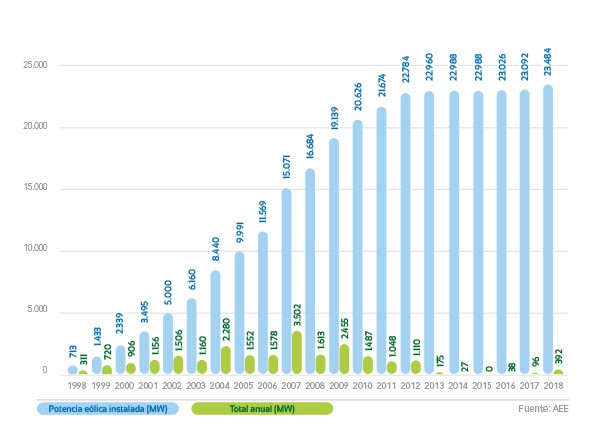 The new figure of wind turbines installed in 2018 shows the relaunch of the Spanish wind farm sector and the return to activity thanks mainly to the three auctions that were carried out during 2016 and 2017. Of this new wind power installed in 2018, 190 MW correspond to the Canary Islands, 90 MW in Aragon, 68 MW in Galicia, 30 MW in Andalusia, 10.37 MW in Castilla La Mancha and 2.35 MW in Catalonia.

Wind power increased last year in Spain by 392 MW, which puts the total installed capacity in Spain, at 31 December 2018, at 23,484 MW, according to data collected by the Spanish Wind Energy Association (AEE). This wind power makes Spain the second European country with the highest installed capacity.

Of the new wind power installed in Spain, 190 MW (48.5% of the total) correspond to wind farms in the Canary Islands. This figure belongs to the Canarian quota of 450 MW of power for the collection of the specific remuneration regime established by IET ORDER 1459/2014, of 1 August. The rest of the installed megawatts -about 200 MW- correspond to 90 MW in Aragón, 68 MW in Galicia, 30 MW in Andalusia, 10.37 MW in Castilla La Mancha and 2.35 MW in Catalonia.
In total, in Spain there are 1,123 wind farms present in 807 municipalities, with 23,308 installed wind turbines, which cover 19% of electricity consumption. Likewise, there are 195 manufacturing centers in sixteen of the seventeen autonomous communities.

In the whole year, wind energy generated 48,902 GWh, a value of 2.9% over 2017 and covered 19% of the energy demanded by the Spanish, according to Red Eléctrica de España (REE).
The reducing effect of wind power in the Spanish electricity market, in 2018, continues to benefit the consumer. The most benefited from the reducing effect of wind are industrial consumers. For an average consumer who has the AT1 Tariff and a consumption of 1,500 MWh per year, the savings over 2018 has been € 3,540. That is to say, without the electrical production of wind origin, electricity would have cost 3,540 € more per year.
The Autonomous Community with the greatest installed capacity continues to be Castilla y León, with a coverage of 78% of electricity demand. Castilla y León is an extraordinary case, since it is an autonomous community that exports much more electricity than it consumes. They are followed by Castilla-La Mancha and Galicia in the ranking of installed power. At the tail are Madrid, Ceuta, Melilla, Baleares and Extremadura. This last autonomous community has just inaugurated its first wind farm with 40 MW of power (February 2019).
With these positive figures for the wind sector, the Spanish Wind Energy Association (AEE) believes that the wind technology is ready to successfully develop the growth of its wind farm and, one of its immediate challenges, is to start by March 2020 the wind power of the three auctions held in 2016 and 2017. The installation of this power is an opportunity for market growth and will have a positive effect for Spain such as the maintenance of the Spanish wind industry, the creation of employment, the reduction of greenhouse gas emissions greenhouse, social and economic development in the areas where new wind farms are installed, etc. With the Ministry’s data on the auction facilities that have been accredited, to date, over 2019, more than 3,000 MW of new wind power should be connected.
The sector trusts that all the actors involved work hand in hand so that all the projects awarded in the auctions are functioning on the agreed date. Likewise, it is necessary to continue planning along with the Administration the new incorporations of later wind power to fulfill the 2030 and 2050 objectives. The approval of the renewable objectives for 2030 supposes a clear opportunity for the Spanish wind. 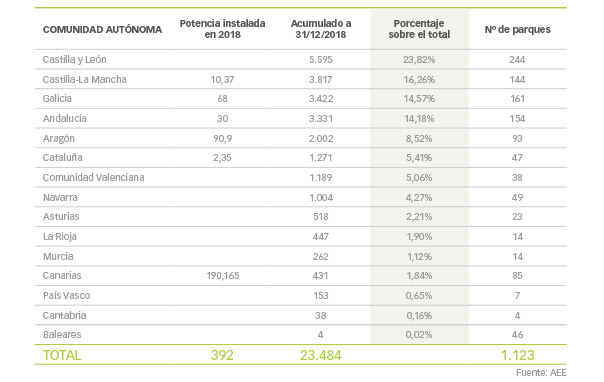 The objectives set by the EU for renewables by 2030 are maintained regardless of the upcoming elections. That is why it is very important to establish a road map to achieve the objectives and not waste time. We have a European framework that gives us a clear path of development for the next 10 years. Long-term visibility and stability is essential to attract the necessary investments to meet the objectives. 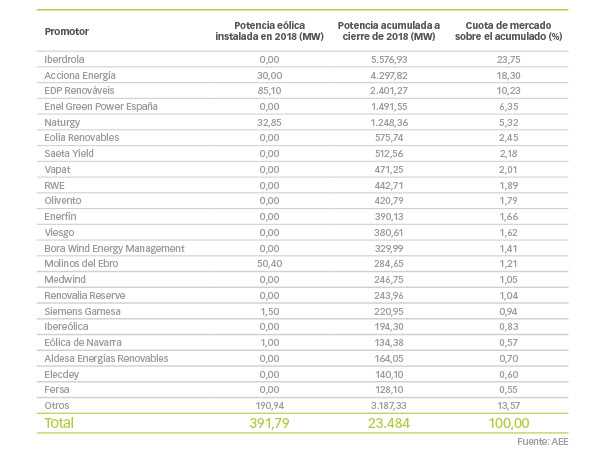 For this reason, facing the next elections, the sector asks political parties to seek a political consensus in relation to the necessary law of climate change and energy transition to address a greater participation of renewable energies in our system, and thus maximize its contribution to the economy and well-being of the whole territory. 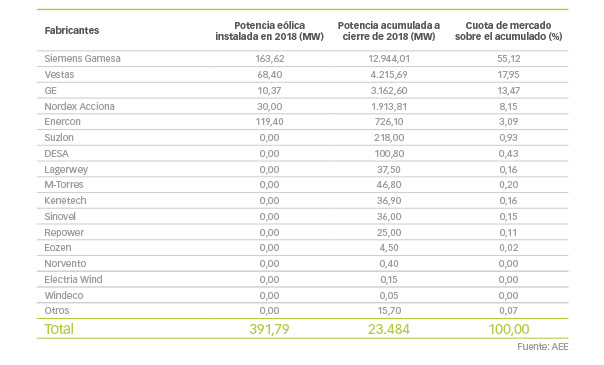