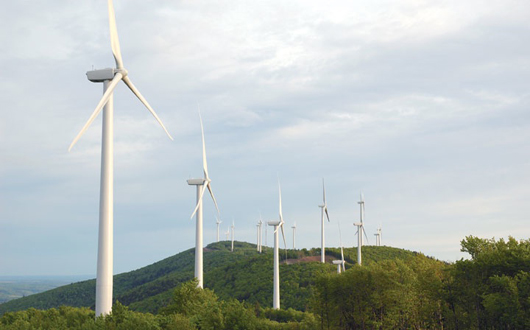 Gov. Janet Mills has signed an executive order effectively ending a moratorium on wind power permits that was in place under her predecessor, Gov. Paul LePage.

The order by Mills, a Democrat, clarifies that state agencies with the legal authority to issue permits can again work with Maine’s local communities and stakeholders to determine which projects should go forward.

LePage, a Republican and longtime critic of wind energy,issued an executive order in January of 2018 prohibiting state agencies from issuing permits “related to wind turbines” in western and coastal Maine, on coastal islands and along “significant avian migratory pathways.”

Mills, who has vowed to act to bolster Maine’s renewable energy sector, said her order was meant to sent a positive signal to would-be investors.

“This Executive Order will allow our state to conduct a transparent vetting of all wind projects, onshore and offshore, to ensure they respect Maine communities and our environment while helping to reduce our reliance on fossil fuels,” Mills said in a prepared statement. “Today, we another take a step towards embracing a clean energy future for Maine.”