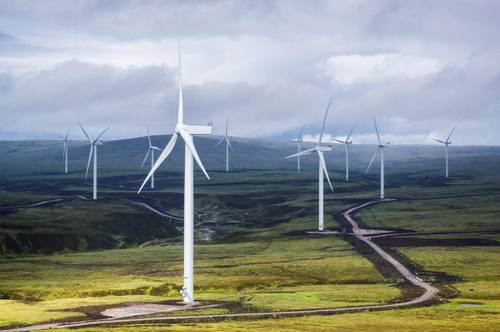 Support for wind energy is continuing to grow, according to a recently-released survey for the Irish Wind Energy Association (IWEA).

Four out of every five people who took part in the poll said they are in favour of wind-based electricity production, with just over half saying they were “strongly in favour”.

The survey, which was carried out in November, also shows that 55% of rural residents back wind power, a 12% increase on an identical survey in 2017.

The IWEA commissioned the survey to measure people’s perceptions and attitudes to wind energy, and to see what they perceive as the benefits of it.

This survey confirms the high levels of public support for renewable energy as more and more of us understand the critical need to decarbonise our energy system to respond to the threat of climate change.

“Wind energy will provide 30% of our electricity in 2018. This will save the taxpayer and consumer millions of euro that would otherwise be spent on imported fossil fuels,” argued Connolly.

Connolly said that a “roadmap” has been developed, which he hopes would see Ireland producing 70% of its electricity through renewable sources by 2030.

“This is an ambitious target but it is what we need to aim for if the Government is serious about taking us from being a laggard on climate change to a world leader, providing cheaper and cleaner electricity, and helping to attract further foreign direct investment into Ireland.”