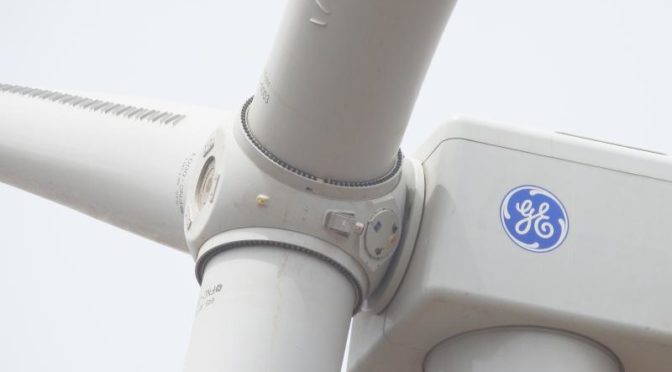 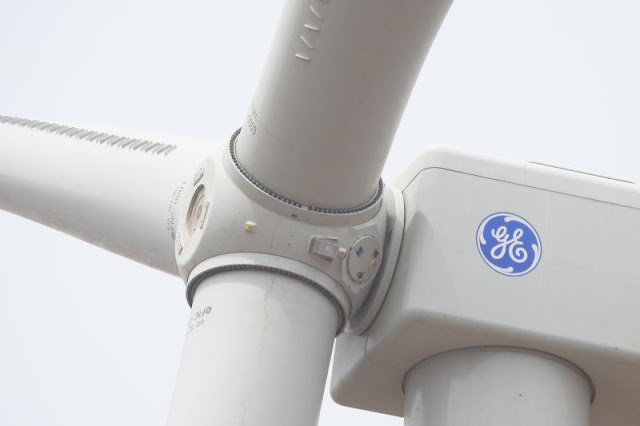 GE Renewable Energy announced today that it has been selected by ReNew Power, India’s largest renewable energy Independent Power Producer (IPP)*, to provide 120 GE 2.5-132 turbines for the Gadhsisa Wind Farm in Gujarat, India. The wind farm will have a total installed capacity of 300 MW, making it the largest full turnkey EPC (engineering, procurement and construction) project by GE Renewable Energy in India. The project will power the equivalent of 1,100,000 homes in India with clean and reliable electricity. ReNew Power successfully bid for this project in the third round of auctions conducted by the Solar Energy Corporation of India (SECI) in February 2018.

The 2.5-132 turbines have been designed primarily at GE’s Technology Centre in Bangalore, and built on learnings from more than 22,000 GE wind turbines around the world. This turbine is a significant improvement over previous version, with improved rotor diameter, wind capture and 30% more Annual Energy Production (AEP) than GE’s 2.3-116 turbine.

Today, GE’s footprint expands across 37 wind farms in India, and 1.8 GW of capacity across the country. The company is also continuing to drive innovations specific to the region, and recently introduced its 2.7 MW low wind speed machine turbine which included the largest rotor ever installed in India and is currently being tested in Gujarat.

Mahesh Palashikar, Region Leader for GE Renewable Energy’s Onshore Wind business in Asia, said, “We are delighted to have the opportunity to work with ReNew Power on this project. This is an important milestone for GE in India and this relationship with ReNew will help us expand our turnkey capabilities across Asia. ReNew Power is the industry leader in the renewable energy sector in India, and it is a privilege for our turbines to have been selected for this project. GE’s 2.5-132 wind turbine was designed in India specifically for India’s low wind speed conditions, lowering the cost of wind energy compared to similar turbines. We’re excited to bring this wind turbine, as well as other new turbines such as the 2.7, to the India region.”

Speaking on this occasion, Balram Mehta, President – Wind, ReNew Power Ltd. said, “GE Renewable Energy, with its customized maintenance support and suite of modern turbines driven by cutting edge technology was a natural choice as our partner for this critical project. By leveraging our combined strengths and synergies, we hope to make a significant contribution towards augmenting renewables capacity in India.”

GE will also maintain the facility, which is due to be commissioned progressively by end of 2019, for a period of 10 years. GE India currently manufactures its state-of-the-art wind turbines for the India market at the multi-modal manufacturing facility in Pune.
GE Renewable Energy is a $10 billion start-up that brings together one of the broadest product and service portfolios of the renewable energy industry. Combining onshore and offshore wind, hydro and innovative technologies such as concentrated solar power and more recently turbine blades, GE Renewable Energy has installed more than 400+ gigawatts capacity globally to make the world work better and cleaner. With more than 22,000 employees present in more than 55 countries, GE Renewable Energy is backed by the resources of the world’s first digital industrial company. Our goal is to demonstrate to the rest of the world that nobody should ever have to choose between affordable, reliable, and sustainable energy.
ReNew Power Limited is India’s largest renewable energy IPP (Independent Power Producer) in terms of total energy generation capacity*. As of May 8, 2018, ReNew had a total capacity of over 5.85 GW of wind and solar power assets across the country, comprising 3.92 GW of operational capacity, 1.66 GW of under development capacity, and 0.27 GW of recently awarded SECI project. It develops, builds, owns and operates utility scale wind and solar energy projects as well as distributed solar energy projects that generate energy for commercial and industrial customers. ReNew has a strong track record of organic and inorganic growth having nearly doubled its operational capacity in each of the last three Fiscal Years. ReNew’s broad base of equity investors include Goldman Sachs, JERA, ADIA, CPPIB, GEF SACEF India, and ADB (subsequently exited).