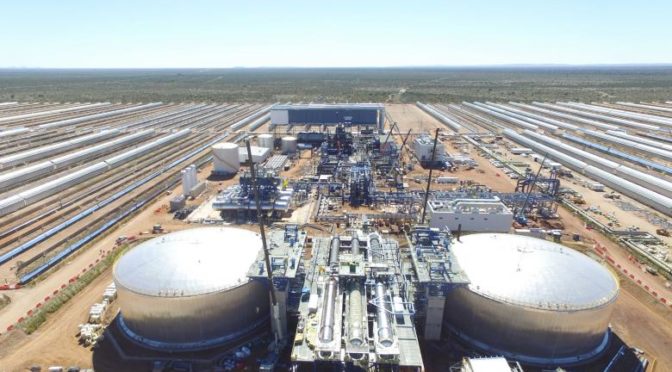 SENER and ACCIONA Industrial have reached a critical milestone in the construction project of Kathu Solar Park. Namely, the successful synchronization was achieved on 18 November, electric power was generated and transferred on the National grid complying with all expected parameters to ensure the supply of power starts and end users can consume reliable energy once the plant is operation. 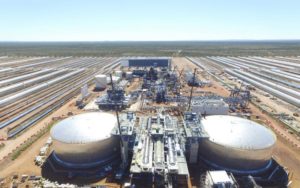 The Kathu Solar Park CSP Plant, which will provide clean and reliable energy to 179,000 homes is equipped with a molten salt storage system that will allow the plant to keep producing electricity 4.5 hours steadily in absence of solar radiation and guarantee dispatchable energy generation to meet on demand needs. Likewise, the use of SENERtrough®-2 collectors, a parabolic trough technology designed and patented by SENER, will aim at improving efficiency of the plant. Mr Siyabonga Mbanjwa, SENER Southern Africa Regional Managing Director, said: “With the successful first synchronization at Kathu Solar Park we are heading into the final stages of the construction and commissioning phase of the project that will ultimately reach the COD (commercial operation date) for the plant in the next couple of months. Once fully operational, the plant will provide clean energy to the local community of the John Taole District Municipality, the Northern Cape Province and South Africa as a whole. The use of molten salt as thermal energy storage system will allow Kathu Solar Park to operate in a cost-effective manner, storing the generated energy from the sun, producing and dispatching electricity, in absence of solar radiation, to satisfy South Africa’s peak demand. At SENER, our aim is to provide the most innovative technology. It is such innovation that enabled SENER to not only provide clean energy but to ensure that it is also reliable and sustainable.”

Francisco García Bueno, Project Director at ACCIONA Industrial, said: “For the EPC consortium, plant synchronisation is one of the most important final milestones that will enable us to complete a process that began in 2016, and we achieved it with success and the greatest guarantees. The participation of local companies in the construction of Kathu, as well as Spanish companies, has been key to reaching this milestone. The principle that governs the entire project is that of sustainability in all areas: economic, social and environmental. That is why all activities are planned with the rigour and detail that both Kathu Solar Park and the John Taole District Municipality community demand of us.”

Construction on the unit began in May 2016, and it is expected to be completed in early 2019. During this phase, around 1,200 jobs are being created impacting positively the local employment prospects. In addition to this, it is estimated that the Kathu Solar Park will save six million tons of CO2 over 20 years, and it will foster more local economic development through several project. These include a SENER and ACCIONA´s fund of R29 300 000, managed by Kelebogile Trust, for the local community that will benefit the area around the municipality of John Taolo Gaetsewe in Northern Cape, in addition to subcontracting other services to local businesses.