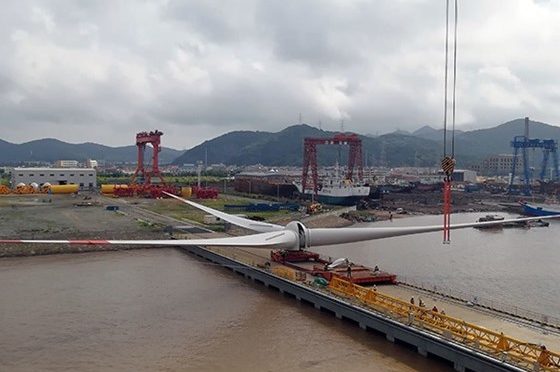 In June 2018, GE Renewable Energy announced its plan to recruit 100 employees for its LM Wind Power wind turbine blade manufacturing site in Cherbourg, France, and today the company announced the completion of this target. 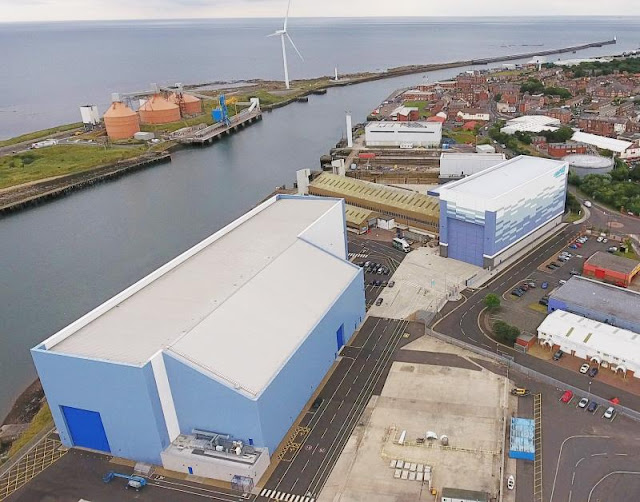 GE Renewable Energy confirms the completion of its recruitment plan for 2018 at LM Wind Power’s offshore wind blade manufacturing site in Cherbourg, France. The site today counts more than 100 employees, 34 percent of whom are women.

On September 10, the first group of 30 newly-hired employees, from all functions, participated in the launch of the factory’s Center of Excellence training center. New employees participated in a one-week theoretical class, followed by a week of practicing on an actual piece of a wind turbine blade mold.

After completing the Center of Excellence course, each trainee left Cherbourg to spend a month abroad in other LM Wind Power sites – from Spain, to Denmark, Poland and even Canada depending on the job scope. Employees from LM Wind Power sites around the globe will also travel to Cherbourg to support the ramp-up of the factory. The second group started their training program on October 22.

“The Cherbourg site is a great location to support the development of the offshore wind industry in Europe and beyond, with a positive impact on the jobs and the ecosystem in the surrounding region. We are investing in building a strong and sustainable value chain and are happy to welcome the first hundred recruits,” said Alexis Crama, LM Wind Power Offshore Wind Vice President.

The construction of the factory is on track to start the prototyping phase in January 2019. The first blade produced will be shipped to ORE Catapult Research & Development Center in Blyth, UK for indoor testing. The three next blades produced will be installed on GE’s Haliade-X 12MW prototype at the end of the second quarter of 2019, at a yet to-be-determined site.

“This project entails new challenges and creates enthusiasm as we are starting up a new factory, installing new equipment inside and welcoming new people with diverse backgrounds. At the same time, we are developing a new product: a new blade of a size we have never achieved before,” said Lukasz Cejrowski, LM 107.0 P Project Director. “We can witness a significant combination of efforts as we use the expertise from our facilities worldwide to train the people in Cherbourg. This enthusiasm from all our teams will bring us to the successful ramp-up of the factory.”

In parallel to the development of the LM 107.0 P blades in Cherbourg, GE’s Offshore Wind teams are focused on the assembly of the first two Haliade-X nacelles at the Saint-Nazaire manufacturing site, in France.

LM Wind Power is a world leading designer and manufacturer of rotor blades for wind turbines, with a global manufacturing footprint that includes blade factories in Brazil, Canada, China, Denmark, India, Poland, Spain, France, Turkey and the United States. The company has produced more than 205,000 blades since 1978, corresponding to more than 93 GW installed capacity and global savings of 189 million tons of CO2 annually. LM Wind Power is a GE Renewable Energy Business.
GE Renewable Energy is a $10 billion business with an innovative spirit and entrepreneurial mindset, bringing together one of the broadest energy products and digital services portfolios in the renewable energy industry. Combining onshore and offshore wind, blades, hydro and innovative technologies such as hybrid systems and concentrated solar power, GE Renewable Energy has installed more than 400+ gigawatts capacity globally to make the world work better and cleaner. With more than 22,000 employees present in more than 80 countries, GE Renewable Energy is working on new ways to power the world’s biggest economies and most remote communities.