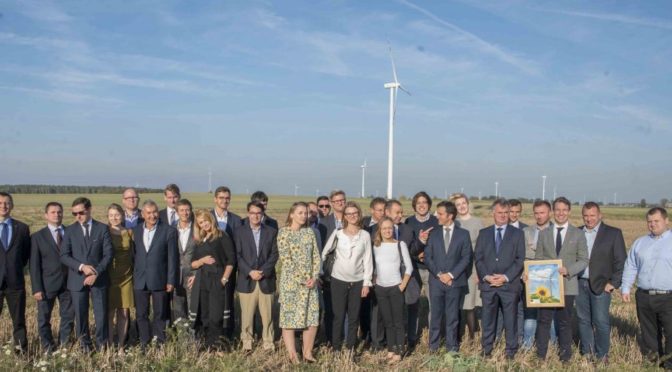 EDP Renewables has been present on the Polish market for 10 years. The first wind farm constructed in our country was located in Margonin commune and remains up to now the biggest operating wind farm in Poland.

EDP Renewables (Euronext: EDPR), the world’s leading producer of renewable energy and one of the biggest global producers of wind energy, is celebrating ten years of operations in Poland. Iberian investor has built its portfolio of assets with a considerable pace, starting with the construction of 120MW wind farm located in Margonin commune, Wielkopolska province. Over ten past years six other investment followed, totalling 418MW of installed capacity in wind energy in Poland. This makes EDPR the leader of the market in our country.

Wind farm in Margonin remains the biggest asset currently operating in Poland, consisting of 60 turbines of total power of 120MW. This is enough to satisfy the energy needs of 100,000 households within a year. 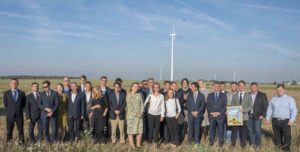 “When 10 years ago we entered the Polish market, we believed that renewable energy made great sense in Poland. The country’s electrical grid relied too much on conventional energies in the absence of alternative natural sources. Therefore, there were long-term prospects for wind energy”, said João Manso Neto, Managing Director, EDPR.

Investment in the Margonin wind farm served as a platform for further expansion of EDPR in the renewable energy industry in Europe. To date, the company has marked its presence in 13 countries in Europe, North America and South America.

EDP Renewables is among the key Portuguese investors in Poland. While launching the wind farm in Margonin commune, the company affirmed that subsequent projects would be completed.

On top of Margonin, EDPR has been operating six onshore wind farms in Poland located in five regions: the adjacent Paw?owo in Wielkopolska province, Korsze in Warmia and Masuria, I??a in Masovia, Radziejów in Kuyavian-Pomeranian and Tomaszów plus Poturzyn in the Lublin area.