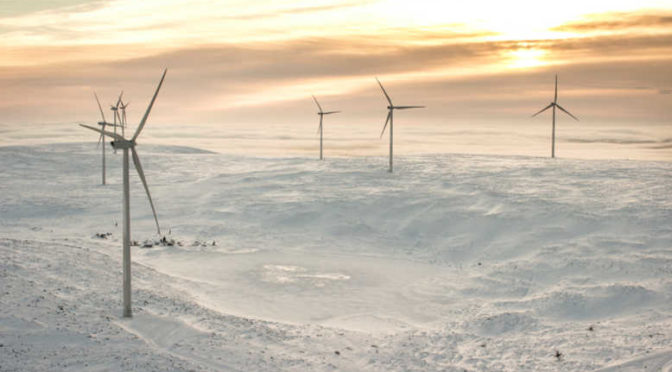 Construction is slated to begin this year and it’s expected the wind energy facility will be finished by the end of 2021. It will use 114 wind turbines from Nordex, a German manufacturer.
Europe added 4.5 gigawatts of wind energy in the first half of 2018, according to trade body WindEurope.
E.ON is to build what it describes as one of Europe’s “largest onshore wind farms.”

In an announcement Friday, the business said it had decided to invest in the 475-megawatt Nysater wind project in Sweden. The facility will be built jointly with Credit Suisse Energy Infrastructure Partners (CSEIP).

Breaking down the deal, E.ON said that a fund advised by CSEIP would have 80 percent of the joint venture.

E.ON is to build and operate the project through a “long-term” operations and maintenance agreement, and will retain a 20 percent equity stake in the development. Total investment comes to approximately 500 million euros ($566.4 million).

“It is part of our strategy to expand our position for onshore wind energy in Europe,” Anja-Isabel Dotzenrath, CEO of E.ON Climate and Renewables, said in a statement.

Europe added 4.5 gigawatts of wind energy capacity in the first half of 2018, according to trade body WindEurope.

E.ON said its new project is situated in the Vasternorrland district of Sweden, an area the company described as having “excellent wind conditions.”