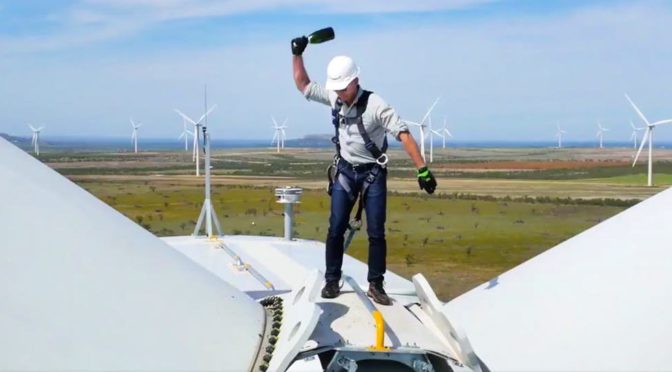 Like everything in Texas, wind power is super-sized in the Lone Star State. Texas has more installed wind capacity than the Oklahoma, Iowa and California combined, the states occupying slots two through four on America’s wind leader board. In fact, only four countries in the entire world have built more wind than Texas.

Now, a new report authored by TXP and IdeasSmiths has put numbers on the many benefits renewable energy brings to Texas, the vast majority of which come from wind. Here’s the headliner: Renewables saved Texans $5.7 billion between 2010 and 2017. Not a bad chunk of change.

Because Texas wind energy has become so affordable, major energy users are seeking to power their operations using Texas wind power. The new report also catalogues all of the businesses relocating or expanding operations in Texas to take advantage of the state’s renewable resources. These companies come from a diverse cross-section of the U.S. economy. Data centers from companies like Amazon and Google run on Texas wind, as does a GM factory that builds trucks and SUVs, an Anheuser-Busch brewery, and a Procter & Gamble home goods factory, among others.

“It’s a great economic development tool because there’s a lot of high-quality companies in this country that have robust green energy policies,” said Dale Ross, mayor of Georgetown, Texas, which is one of the largest cities in the country to run on 100 percent renewable energy.

Besides keeping more money in the pockets of Texas families and businesses, wind also provides communities with substantial new revenue that can be used to fix roads and fund law enforcement. In particular, these new resources have been a huge boon for Texas schools. According to the report, Texas schools received more than $163 million in renewable energy payments in 2017 alone. That’s especially meaningful in the rural districts where wind and solar projects are usually built, as these areas often struggle to adequately funds schools. For example, wind projects have allowed Texas schools to undertake projects like improving classrooms, building new football fields, and providing students with iPads.

To learn more about renewable energy’s Texas-sized benefits, you can download the full report here.