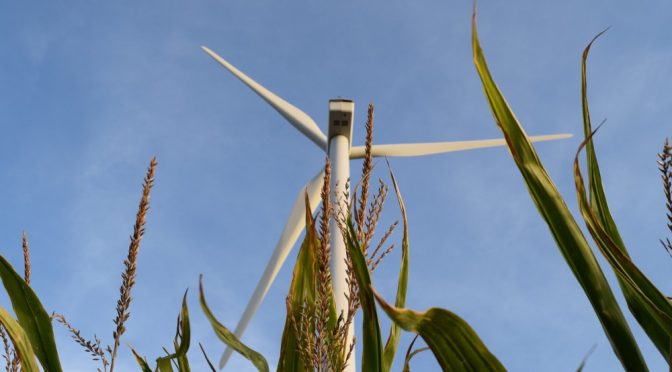 The company has already taken several steps in the three months since announcing the goal:

“We are wasting no time moving forward on our plans for clean energy investments, including solar, natural gas and nuclear as part of a generation portfolio that will lower emission rates while protecting reliability and customer rates,” said Paul Koonce, CEO of Dominion Energy Power Generation Group. “Backed up by units using low-emitting natural gas, renewable resources will play an increasingly important role in the company’s generation fleet serving customers in Virginia.”

The Virginia expansion will add to the parent company’s solar fleet, which is the fourth largest in the nation. With more than 3,300 megawatts of renewable energy resources either operational or under development across 10 states, Dominion Energy is an industry leader in renewable energy.

The company’s solar fleet in Virginia will nearly quadruple in size under the company’s commitment of 3,000 megawatts of renewable energy in operation or under development by 2022. A recent RFP for up to 500 megawatt of solar and onshore wind is the first of an anticipated annual procurement process each fall for larger scale projects of at least 5-megawatts. An initial RFP for smaller scale solar is planned for spring 2019 seeking 50 megawatts of projects, with the expectation that by 2022 the annual RFP will be issued in January for up to 150 megawatts.

As an industry leader in solar innovation, the company is also creating unique partnerships with large customers to meet their sustainability goals, exploring the potential of brownfield solar sites, such as closed landfills and abandoned mines, and transforming the energy grid to improve its ability to connect to renewable energy sources.

Additionally, Dominion Energy Virginia customers are one step closer today to getting power from a new, renewable form of energy. The State Corporation Commission ruled in favor of plans to build two six-megawatt wind turbines off the coast of Virginia Beach. The $300 million project will be funded through existing base rates, as enabled by the Grid Transformation & Security Act of 2018 (GTSA). Contingent on various regulatory approvals, onshore construction would start in 2019, followed by turbine installation and operation in 2020.

Dominion Energy is one of only three investor owned utilities to reduce our carbon intensity by more than 40 percent since 2000. The recent enactment of the GTSA allows further improvement on its environmental successes. In addition to helping modernize the energy grid to expand the use of renewables, it also calls for a battery storage pilot and increases in energy efficiency programs over the next ten years.

The company remains focused on keeping energy affordable while investing in renewables and innovative technology. The GTSA mandates a $130 million investment in EnergyShare over the next decade, providing weatherization and bill assistance to elderly, low-income, veterans and customers with disabilities. It also provided a $125 million cut to customer base rates due to federal tax reform and a $133 million bill credit this past July. In January, customers will see another $67 million bill credit due to the law. The GTSA also creates a reinvestment model to help the company continue delivering great value to our customers.

Nearly 6 million customers in 19 states energize their homes and businesses with electricity or natural gas from Dominion Energy (NYSE: D), headquartered in Richmond, Va. The company is committed to sustainable, reliable, affordable, and safe energy and is one of the nation’s largest producers and transporters of energy with nearly $80 billion of assets providing electric generation, transmission and distribution, as well as natural gas storage, transmission, distribution, and import/export services. As one of the nation’s leading solar operators, the company intends to reduce its carbon intensity 50 percent by 2030.