The commitment to wind energy in the peninsula and the Canary Islands helps reduce the price of electricity and reduce CO2 emissions in Spain.

The wind power, which has blown quite intensely in October (new record for this month: 4.33 TWh), has contributed to contain the price of the wholesale electricity market, which has gone from € 71.27 / MWh in September to 65, € 08 / MWh in October. A decrease of 8.7%, thanks in large part to the increase in wind farm generation that has gone from covering 12.2% of total peninsular demand in September to 20.6% in October. This has translated into savings in the PVPC rate of 5.3%, compared to the previous month.

In the peninsula, monthly CO2 emissions from the electricity sector have been the lowest since 2010 for one month in October. 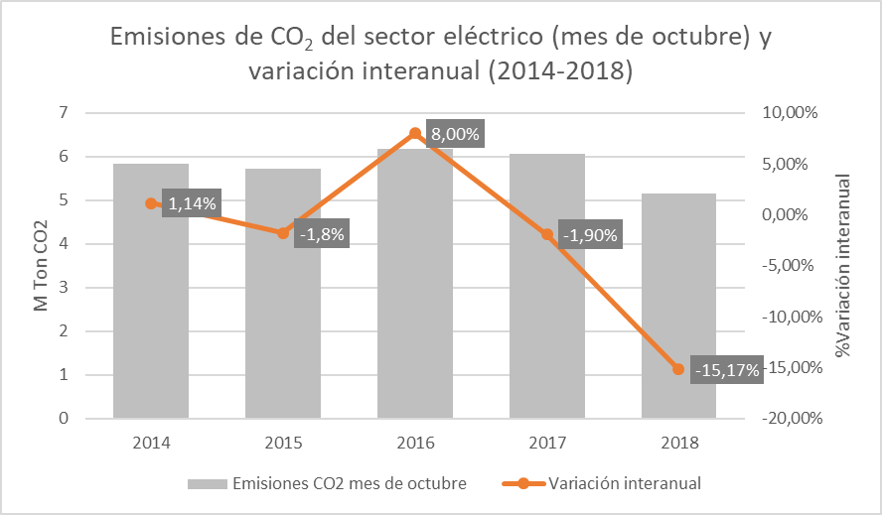 Source: REE and AEE
On the other hand, in the Canary Islands, the new wind turbines installations that have been put in place between 2017 and what we have been in 2018, have contributed to the wind turbines having broken all its generation records. By the end of July, annual production last year had already been exceeded; In the same month, a new maximum monthly generation was registered with a 12.5% ??coverage of the Canarian demand (the first time the monthly threshold of 10% was exceeded); and during several days of that month, 15% of demand coverage was exceeded, with a maximum of 16.2% on July 15. Until the end of October it has managed to cover 7.4% of the demand in the islands with the wind compared to 4.5% in the same period (January-October) last year. 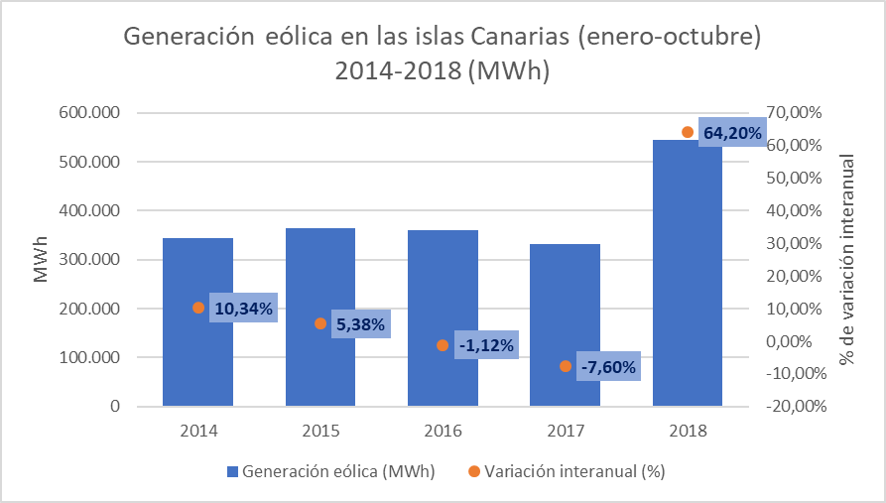 The sustainability of the islands has also improved considerably: CO2 emissions from the Canarian electricity sector have been reduced by 16.3% so far this year.