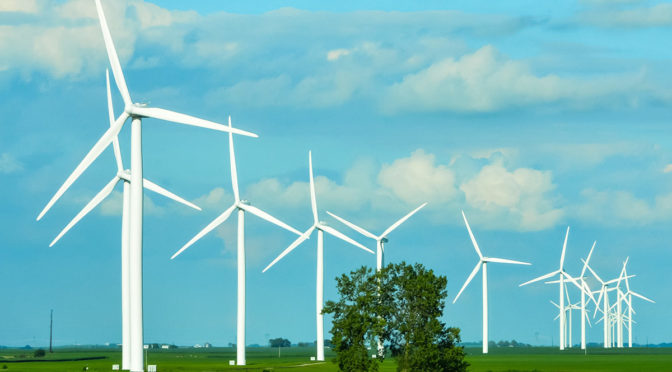 “We are pleased to report another strong quarter for MDU Resources, in which our companies performed well and continued to successfully execute on our growth strategy,” said David L. Goodin, president and CEO of MDU Resources. “We ended the quarter with record combined revenues, earnings and backlog at our construction companies, a testament to our team’s ability to capture projects and perform. In keeping with our strategy of acquiring well-run companies, earlier this month we announced our fourth construction materials acquisition of the year with the purchase of Sweetman Construction Co., a leading provider of aggregates, asphalt and ready-mix in the Sioux Falls market of South Dakota.

“We also continue to see solid results from our regulated businesses. Today we completed the purchase of an expansion to our Thunder Spirit Wind farm in southwestern North Dakota. With this expansion, renewables will make up approximately 27 percent of our total generation mix. We also finished and brought into service in mid-September our Line Section 27 pipeline project near Watford City, North Dakota. With natural gas production continuing at record levels in the Bakken, demand remains high for additional transportation capacity. Today, the company received approval from FERC to bring our Valley Expansion project into commercial operation on Nov. 1, providing much-needed gas capacity to eastern North Dakota.”

Business Unit Highlights
Construction Materials and Services
The construction materials business earned a record $78.9 million in the third quarter, a 25 percent increase over the $63.2 million earned in third quarter 2017. The company continues to benefit from the federal Tax Cuts and Jobs Act, had higher sales volumes in most product lines and saw higher construction workloads in the northwestern states. This business is beginning to see construction activity increase in energy-producing states where it operates. The company continues to evaluate additional acquisition opportunities in strategic markets. The construction materials backlog of work at Sept. 30 was $590 million, compared to $520 million in 2017.

The construction services business earned $9.3 million in the third quarter, compared to $13.1 million for the same period in 2017. Third quarter results at this business were negatively impacted by approximately $7.2 million due to changes in estimates on certain construction projects. The company continues to benefit from federal tax reform and high demand for sales and rentals of the utility construction equipment it manufactures. This business continues to perform a high volume of inside specialty contracting work, particularly for high-tech and hospitality customers, as well as outside power, communications and natural gas specialty work. The company is engaged in power line repair work in areas impacted by hurricanes. The construction services business had a record backlog of work at Sept. 30 of $896 million, compared to $676 million in 2017.

Regulated Energy Delivery
The pipeline and midstream business earned $11.0 million in the third quarter, up from $6.0 million in 2017. Because of a final accounting order recently issued by the Federal Energy Regulatory Commission, the company realized a $4.2 million tax benefit in the quarter. The company transported record volumes of natural gas through its system for the fifth consecutive quarter, partly due to increasing capacity through two expansion projects completed in 2017 and the Line Section 27 expansion project completed in September 2018. The company’s Valley Expansion project in eastern North Dakota and far western Minnesota will be placed into service on Nov. 1. The company is proceeding with construction planning on its Demicks Lake Project in McKenzie County, North Dakota, and its Line Section 22 project near Billings, Montana. Both projects are expected to be constructed and in service in 2019. Today, the company filed a rate increase request with the FERC in accordance with the company’s settlement agreement reached in 2014 with its customers and the FERC.

The electric and natural gas utility earned $3.4 million in the third quarter, compared to $4.8 million in third quarter 2017. Earnings were impacted by lower electric margins, which resulted from a transmission rate adjustment the company made because costs on the Big Stone South-to-Ellendale project are lower than anticipated. This 345-kilovolt transmission project from Ellendale, North Dakota, to Big Stone City, South Dakota, is expected to be complete in the first quarter of 2019. Electric sales volumes were down slightly compared to the same period last year, while natural gas sales volumes were up approximately 1.5 percent. Today, the company finalized the $84 million purchase of an expansion of the Thunder Spirit Wind farm in southwest North Dakota. The expansion increased production capacity at the wind farm to approximately 155 megawatts.

Guidance
MDU Resources reaffirmed that it expects earnings per share in the range of $1.25 to $1.45 in 2018, based on these assumptions: