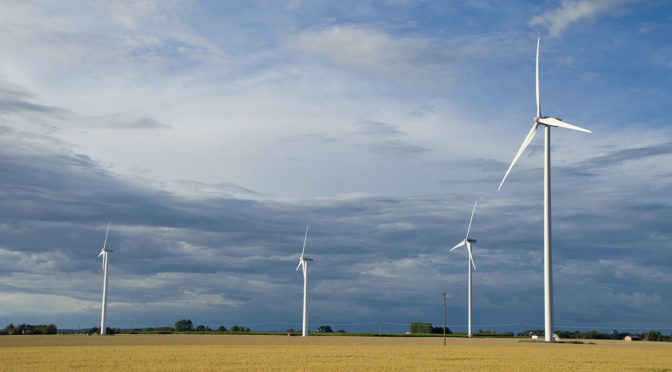 We, the participants of the 3rd International Community Wind Symposium, call on all governments at local, regional, national and supranational levels to do everything they can to promote the development of renewable energy in the hands of citizens, to recognise the social benefits of community power and to accelerate implementation for the common good. The free use of wind, solar and all other renewable energy sources for self-supply should accordingly be recognised as a true and natural right of all citizens. It is a crucial tool for the further self-determined, sustainable development of people worldwide as well as for more effective climate protection in accordance with the Paris Climate Agreement. At the same time, the intent is to avoid energy-related risks such as nuclear disasters, contamination and pollution, as well as increasing international conflicts on oil and gas.

Community wind and community power are thus understood as a community-driven, local commitment to renewable energy production infrastructure, which are built and operated by local citizens on their own responsibility and whose economic and social benefits, in turn, benefit the local community, i.e. investments oriented towards the common good, ensuring democratic participation. At the same time, the decentralised distribution of energy production facilities in the hands of individuals can be beneficial, such as less need to expand the transmission grids, which is also in the broad social interest. However, the community power definition used in, for example, the German EEG does not adequately meet these conditions.

In this context, we particularly welcome the political agreement between the EU Council of Ministers and the European Parliament, which for the first time defines for the European Union a particular right to renewable energy supply in the hands of citizens. Community power actors are thus for the first time recognised as being what they are: integral part of the energy system of each country, no longer just consumers, but also sustainable producers, also referred to as prosumers. This decision thus has a model character far beyond Europe.

We urge all governments of the European Union to implement these decisions without restriction and to encourage their citizens to take more responsibility for climate protection, energy saving, energy efficiency and the use of renewable energy in the hands of citizens. Any and all levies on self-generated energy used for own and third-party supply (for example for use by tenants) from renewable sources, such as the EEG surcharge on self-consumed electricity in Germany, must be stopped.

Further, in particular, planning-law-related barriers for community power projects such as non-objectively justified, blanket distance rules must be avoided at all political levels.

In addition to empowering their citizens as prosumers, governments must continue to ensure that citizen-owned energy investments can access non-discriminatory markets that are even fairer and that such community power projects can generate electricity for a guaranteed and equitable remuneration. Auction models have proven to be a significant barrier for such actors, while feed-in legislation has been shown to create fair opportunities for citizens. Within the framework of existing European restrictions, European governments should at least make use of the de Minimis rules.

For systems that are out of compliance at the end of the statutory reimbursement period (as in the case of the German EEG after 20 years), their continued operation must be ensured by guaranteeing at least the respective market value for the electricity fed into the grid, as provided for in the EU decisions.

We stress the opportunity for community power especially in developing countries, where prosumer models can be the start of a whole new development dynamic. We offer our support to governments in these countries based on our experience in creating the right frameworks. We expressly welcome the German Federal Government’s planned, hitherto unprecedented Community Power Program for Africa, and call on other governments and international organisations to follow suit and to define community power as a critical instrument for achieving the United Nations Sustainable Development Goals.