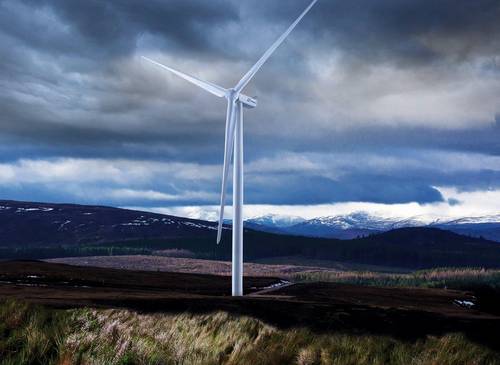 In the second quarter of 2018, the Nordex Group gained the largest single contract in its history: it will supply and install turbines for the Brazilian wind farm “Lagoa dos Ventos” with a capacity of around 595 megawatts for Enel Green Power. The project is composed of 191 AW125 turbines. With an installed capacity of 3.15 or 3.0 MW, the turbines will be mounted on top of 120-meter concrete towers which the Group will be producing locally at its own plant in Brazil to lower costs and minimise the environmental footprint.

The wind farm is located in the state of Piaui in the north of Brazil, which is characterized by favourable wind conditions. Roughly one year ago, Nordex had been awarded another contract for 65 turbines from the same series for another wind farm located in the same province.

The owner and later operator of Lagoa dos Ventos is Enel Green Power, a large international utility with which the Group has previously worked successfully in different markets.

The Nordex Group will commence work on installing the wind farms from October 2019, subsequently providing service for the turbines for at least two years. Together with the “Lagoa dos Ventos” wind farm, total capacity installed and under construction by the Nordex Group in Brazil will rise to 1.9 GW.