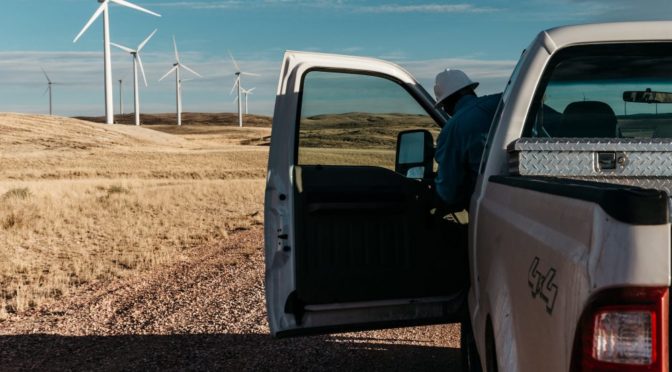 During a ceremony in Webb County, Texas for the first AT&T-backed wind farm project, AT&T also announced a new agreement to purchase 300 megawatts (MW) of wind energy. It also announced a scholarship programme for students interested in pursuing careers as wind turbine technicians, one of the fastest-growing jobs in the US.

Together, these agreements will deliver 820 MW of wind power. The projects are expected to reduce greenhouse gas emissions equivalent to taking more than 530,000 cars off the road or providing electricity for more than 372,000 homes per year.

AT&T said its investments in renewable energy will help to create jobs and economic benefits. NextEra Energy Resources estimates the AT&T-backed wind farm projects will create as many as 1,000 construction jobs in Texas and Oklahoma. The projects are also estimated to generate nearly USD 190 million in property tax revenues for local communities and more than USD 167 million in lease payments to landowners.

AT&T-backed wind energy centres will also benefit students and local communities. During the event, AT&T announced a USD 50,000 contribution to Texas State Technical College (TSTC) to create the AT&T Wind Energy Scholarship fund. AT&T’s renewable energy programme is a key component of its 10x Carbon Reduction Goal and is part of the company’s larger commitment to the environment.