The World Wind Energy Association, with the support of Heinrich Böll Stiftung (hbs), Pakistan has conducted a study titled “Impact of 18th Constitutional Amendment on Governance of Renewable Energy in Pakistan.” The primary purpose is to analyse the impacts of devolution of power to the provinces on the governance of the renewable energy sector. It explores the institutional setup around renewable energy at both the provincial and the federal levels and analyses the mandate of the institutional arrangements. Moreover, challenges to renewable energy growth that have emerged after the 18th amendment to the Constitution of Pakistan have been identified. 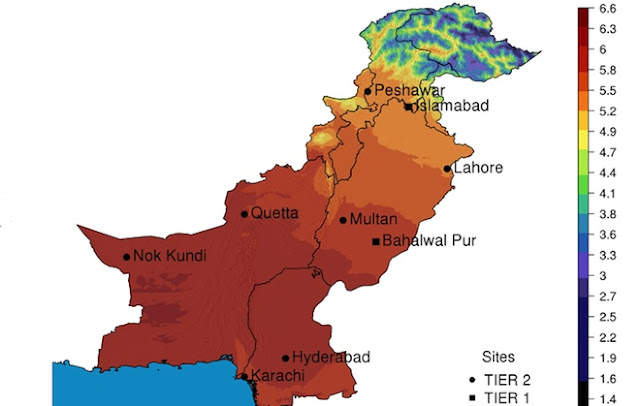 The report discovers that after the 18th Amendment, four main areas have been hampering renewable energy development in the country. These include: i) lack of national coordination plan; ii) grid evacuation capacity; iii) lack of institutional arrangements and expertise at the provincial level and; iv) lack of financial control and resources by provinces. The findings are based on five renewable energy dialogues workshops that were held across Pakistan.

The socio-economic and environmental benefits have prompted harnessing of renewable resources around the world at a rapid scale. In contrast, the pace of renewable energy deployment in Pakistan is slower compared to the global trends. The centralised structure of the power system in a federation that consists of multiple administrative units impedes growth. The 18th Constitutional Amendment, passed in 2010, moved the structural affairs of the country from a centralised to a decentralised federation. The electricity sector was placed on the Federal List that provided the provinces autonomy to control generation, transmission, and distribution of power within their territorial limits. However, ineffective implementation of the amendment created confusion over the governance structure of RE sector. To remove barriers to renewable energy progress, the strategy of power devolution in the light of 18th Constitutional Amendment requires implementation.

In conclusion, it is recommended that necessary steps need to be taken, like developing a strategic plan over renewable energy and defining roles and responsibilities of the provincial and the federal institutions involved in renewable energy development. Moreover, a promising approach would be the provision of autonomy to the provinces for scaling up clean power development. The federal and the provincial governments should work hand in hand for the promotion of renewable energy. Such efforts will help the country meet its objectives of improving electrification rate, foster economic development, decarbonise the power system and honour its international commitments around climate change. It is possible only if a well-structured and defined governance mechanism for renewable energy development is in place at both levels of government.

Stefan Gsänger, WWEA Secretary General: “Although the energy transformation goes hand in hand with great benefits for countries, regions and communities around the world, it has to be well managed by the responsible authorities. While the main decision making authorities in particular of international agreements are usually national governments, implementation touches often or is under the responsibility of sub-national units, be it states, provinces, or local governments. Therefore, the switch to renewables must be done in a right and well-coordinated manner.”

Jacqueline Wilk, hbs Acting Country Director: “The 18th constitutional amendment which shifted responsibilities from the centre and empowered the provinces was not entirely implemented and left confusion in the energy sector at large. A review of governance mechanisms at both levels of government seems to be necessary. With the right institutional framework conditions, renewable energy deployment can be a great chance for Pakistan to reach its development goals. Numerous examples worldwide show the importance of favourable legislation and policies towards a transition to clean and sustainable development.”