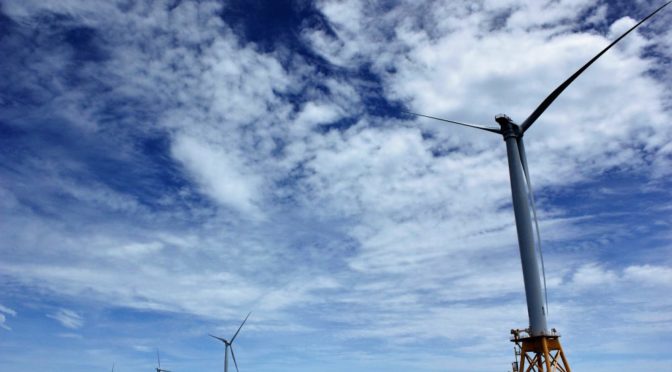 New Jersey lawmakers have passed a bill increasing the northeastern state’s renewable portfolio standard (RPS) to 50% by 2030, bringing it level with those of national leaders New York and California. An interim goal of 35% renewables by 2025 was also set.

The bill sets in motion plans to build 2,000 MW of energy storage by 2030, which should help reinforce supplies on the grid given the variability of wind and solar power. The state’s recently elected, pro-renewables Governor Phil Murphy is expected to sign the bill into law. Indeed, he has previously vowed to seek an RPS of 100% renewables by 2050.

In tandem, lawmakers also passed a bill offering a US$300 million annual subsidy to the state’s nuclear power plants (NPPs) to help ease the risk of retirement. The so-called Zero Emission Credit (ZEC) is also aimed at halting emissions – the logic being that any shuttered NPPs would likely have to be replaced by more polluting sources of electricity such as coal- or gas-fired thermal power plants (TPPs) – although some renewables advocates have argued that it may discourage investment in cleaner energy sources.

“If you look at the United States’ commitments under Paris, these percentages would more than uphold New Jersey’s share of the burden,” former United Nations secretary general lead climate adviser, Robert Orr, told the New York Times, in reference to the proposed new targets.

Nationally, however, President Trump has vowed to take the US out of the 2015 Paris Climate Accord.

Lawmakers in New Jersey, which has a population of 9 million, are meanwhile mulling the adoption of the most ambitious offshore wind target in the country, some 3,500 MW by 2030. Murphy has signed an executive order committing to the target.

It could be a jump-start for the state, which already has good offshore wind potential. In 2015 the Interior Department auctioned off 344,000 acres (1,400 square km) for wind off the coast. Danish developer Ørsted is also surveying a site off the state for a 1,000-MW project named Ocean Wind. Company officials say that the wind project could come online between 2020 and 2025.

The state’s first planned offshore project may also go ahead after legislators recently passed a bill to revive a long-stalled demonstration wind project off the coast of Atlantic City. The 24-MW project is being developed by Fishermen’s Energy, although a subsidiary of EDF recently said it had entered into a preliminary agreement to acquire the project.

Under the bill, state regulators have 90 days – starting when Fishermen’s is expected to file an application for the project – to decide whether to back it. Under the previous governor – Trump supporter Chris Christie – the regulators had refused to approve it, saying it was too pricey for ratepayers. Governor Murphy is expected to sign this bill as well.

With the enactment in 2010 of New Jersey’s Offshore Wind Economic Development Act (OWEDA), sponsored by Sen. Stephen Sweeney, our state was set to become a leader in electricity from offshore wind.

This was going to open up an entire new sector of the economy that would have created good-paying jobs for decades to come, attracted an enormous amount of businesses and capital, and generated cheap, clean energy. Unfortunately, after enthusiastically signing the bill, Gov. Chris Christie and his administration failed to follow through.

However, we have another chance at this opportunity. Sweeney (D-Gloucester), now the Senate president, is sponsoring new legislation that will require the state to comply with the OWEDA regardless of who is sitting on the Board of Public Utilities or occupying the governor’s office. The bill has passed both houses of the Legislature, and it is looking looking like current Gov. Phil. Murphy will sign it. (In January, Murphy signed an executive order directing the BPU to implement the law.)

Now that we can finally put OWEDA into effect, existing plans for six turbines in the ocean off of Atlantic City can be approved in a few months. This would bring all the construction, manufacturing, engineering and maintenance jobs that the project was supposed to supply.