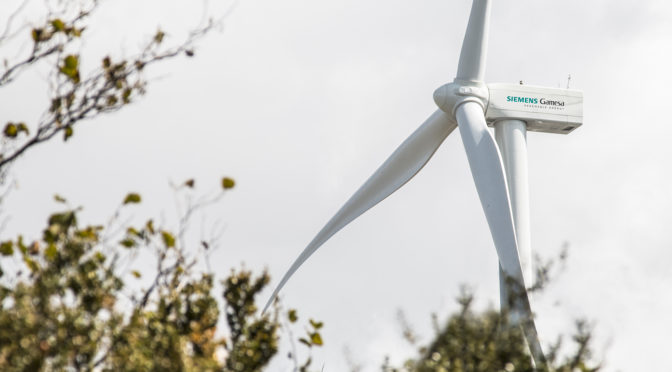 Siemens Gamesa Renewable Energy (SGRE) continues to reinforce its presence in Vietnam where it will install and commission the Dam Nai wind farm with 39 MW for the independent operator, The Blue Circle, headquartered in Singapore.

Development of this project has been divided into two phases: phase one, in which Siemens Gamesa last year installed three SG 2.6-114 turbines that are already operational; and phase two, signed now, in which the company will furnish the remaining 12 turbines for commissioning by October of this year.

Siemens Gamesa will also handle the operations and maintenance services at this facility, located in the southern Vietnamese province of Ninh Thuan, for the next 10 years.

Constrained by the strong winds that kick up in this region from around October, the deadline between the contract’s execution and the commissioning of the wind farm is very tight, demonstrating once again the company’s ability to adapt to its customers’ tailored requirements on a project by project basis.

“We are committed to Vietnam as a market and we want to be our customers’ preferred partner in developing wind power projects”, highlighted Álvaro Bilbao, CEO of Siemens Gamesa in Asia Pacific, who added that the company has recently opened a permanent office in the country. SGRE expects significant growth in Vietnam in the coming years as the country begins to utilize some of the best wind resources in South East Asia, the target being to install 1 GW by 2020.

In addition to Vietnam, Siemens Gamesa’s footprint in Asia Pacific extends to China, South Korea, Indonesia, the Philippines, Thailand, Japan, Australia and New Zealand, where it has already installed more than 6.6 GW and has another 1.2 GW in execution. In addition, the company has recently announced a new offshore contract in Taiwan to supply 120 MW.