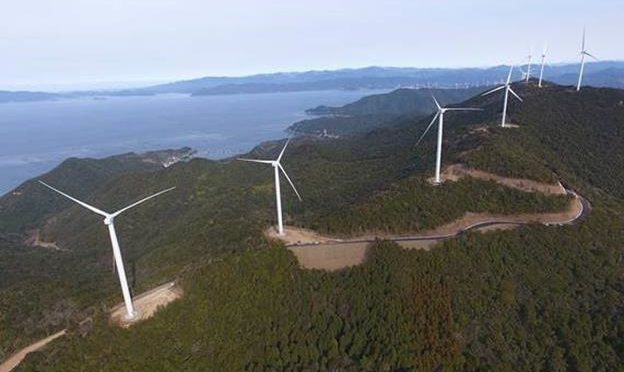 “Ohorayama Wind is our first wind project in Japan to complete construction and it was on schedule and under budget. Ohorayama will be followed by the Tsugaru project, which has started construction and will be the largest wind power facility in Japan when it’s completed in 2020,” said Mike Garland, CEO of Pattern Energy. “We have built a sound foundation for growing our business in Japan, which is one of the most robust renewables markets in the world. Our projects have been developed, constructed and will be operated by our affiliate and partner, GPI, which has one of the best development pipelines in Japan consisting of 2.4 gigawatts of wind projects.”

Ohorayama Wind operates under a 20-year power purchase agreement with Shikoku Electric Power Company, which has an A- credit rating. Located in Kochi Prefecture, on the island of Shikoku, Ohorayama Wind consists of eleven 3.0 MW GE wind turbines.

Including Ohorayama Wind, Pattern Energy has five renewable energy facilities in Japan, including four in operations and one in construction, totaling 206 MW of owned capacity.

Green Power Investment Corporation (GPI) is a Japanese developer, owner and operator of renewable energy assets. The founder of GPI, Toshio Hori, was one of the earliest pioneers in renewable energy, having built some of the first large scale wind power projects in Japan, the United States and Europe. GPI is headquartered in Tokyo and has a team of professionals covering all areas of expertise necessary to operate and manage a full-scale renewable energy business. GPI’s development portfolio totals 2.4 gigawatts of wind capacity, including 600 MW of wind projects that have FiT certifications. Pattern Development holds a majority interest in GPI.

Pattern Energy Group Inc. (Pattern Energy) is an independent power company listed on the NASDAQ Global Select Market and Toronto Stock Exchange. Pattern Energy has a portfolio of 25 wind and solar power facilities, including one project it has agreed to acquire, with a total owned interest of 2,942 MW in the United States, Canada, Japan and Chile that use proven, best-in-class technology. Pattern Energy’s wind power facilities generate stable long-term cash flows in attractive markets and provide a solid foundation for the continued growth of the business. For more information, visit patternenergy.com.