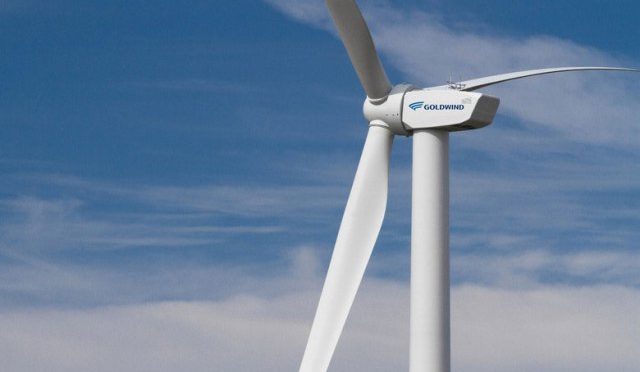 Goldwind, one of the world’s largest producers of wind turbines, has been awarded its first contract in Brazil, Xuan Liang, the group’s general manager for South America, said.

“The first contract has already been signed and the first turbine arrived in Brazil recently,” Xuan Ling told Reuters, declining to disclose the value of the contract or identify the company or entity that ordered the equipment.

The deal marks the entry of the Chinese group into Latin America’s largest economy, which ended 2017 as the eighth country with the biggest installed capacity from wind farms around the world following exponential growth in the last decade.

The Chinese group will be another wind turbine manufacturer operating in the Brazilian market, where Danish company Vestas is already based, along with consortia of German and Spanish companies, such as Siemens Gamesa Renewable Energy and Nordex Acciona, German company Enercon and Brazil’s WEG.

Reuters reported that the Chinese group has been analysing the Brazilian market for three years, and in 2017 considered acquiring wind projects to use the turbines it produces and participated in power purchase auctions promoted by the Brazilian government.